I've been under the impression that the New Year's Greeting poems all appeared in common publications. I did a search for Now, and there were several hits, but apparently many of the listings are for a different poem. The poem in the 1992 NYG refers to Buk typing on his Macintosh, so the old references are out.

The most likely match would appear on the surface to be in The Last Night..., but that's a different poem entitled Now.

So what's up, was the poem Now from the '92 NYG published elsewhere? The database doesn't list any poem called Now in the posthumous collections.

I don't have that NYG so I can't compare for you.

Yup. It's none of those, so it appears to be uncollected.

Founding member
Can you quote here the first opening lines?

Here are the first few lines...


I sit here on the 2nd floor
hunched over in yellow
pajamas
still prewtending to be
a writer.
some damned gall,
at 71,
my brain cells eaten
away by
life.

Thanks all. So is ROC correct in that it's considered to be one of the "Uncollected" poems? Seems unusual, as I think that almost all of the other NYG poems are in the major publications.

Purple Stickpin said:
Seems unusual, as I think that almost all of the other NYG poems are in the major publications.
Click to expand...

Purple Stickpin said:
So is ROC correct in that it's considered to be one of the "Uncollected" poems?
Click to expand...

Here are my photos of the booklet: 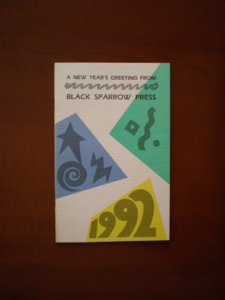 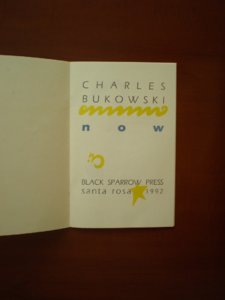 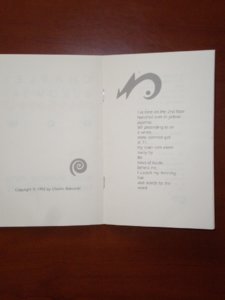 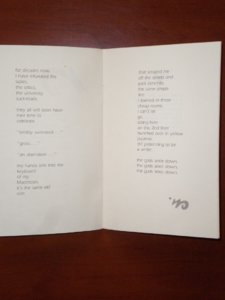 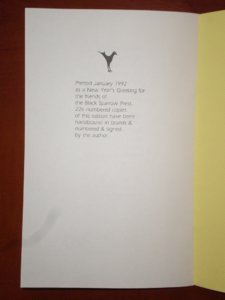 The DB now lists six poems with the title Now and indeed they are all different. However, I would note that the poem of this title in At Terror Street is actually entitled Now :.

Founding member
Punctuation is removed from the end of the database titles for the sake of consistency.

I know that "consistency is the hobgoblin of little minds," but what did that guy know anyway.

Just as long as you thought about it. That's all that matters. I was quite confident that there was a rational explanation.

Purple Stickpin said:
The DB now lists six poems with the title Now and indeed they are all different.
Click to expand...

Not quite: the versions in Burning... and The Pleasures... are the same. That leaves five different instances of Now.

Founding member
Those two are already combined, so it's still 6.

Moderator
My mistake, I didn't count Storm for the Living and the Dead.