Founding member
If you don't know who Joe Frank is, you should. This is an episode from Joe's old radio show. You may remember Michael Meloan from a brief appearance in Born Into This.

"Tomorrow," by NPR Monologue Artist Joe Frank (www.JoeFrank.com)
This tale is drawn from Michael D. Meloan's experiences with Bukowski during the early 1980s.

oh yes, i have heard of michael d. meloan. he once had a promising career as half the hit las vegas cocktail lounge act, "the jingle boyz," whose cover versions of old radio jingles, (brylcream, sav on, robert hall and many more), received wide critical acclaim.
it is rumored that meloan had to abandon "the jingle boyz," sell his only tuxedo, and go back to butler school after acquiring numerous gambling debts at the otb casinos in las vegas. the bets, according to meloan, were all placed on the advise of his friend, bukowski, a renowned horseracing scholar.

Thanks, I miss Joe Frank

Founding member
Whatchoo talkin about, Willis?
The way you said it implied he was dead. I had to check his website to make sure. Nope, not dead. Still churning 'em out.
Good old, Joe.

If you can only have one of his shows, pick Escape from Paradise. You won't be disappointed.

mjp said:
If you don't know who Joe Frank is, you should. This is an episode from Joe's old radio show. You may remember Michael Meloan from a brief appearance in Born Into This.
Click to expand...

Joe is looking a little more wobbly these days than he did last time I saw his show a few years ago. He arrived at the microphone out of breath - after stumbling while getting up on stage - and started with a very funny segment about growing old. I don't know how his health is, but he's had some problems in recent years. Too bad. He's a really unique artist. I guess I'm saying go see him before it's too late. :\

The show has been extended (two more shows in the next two weeks), so if you're in Los Angeles...http://joefrank.com/

Largo isn't a great venue when they pack it to capacity, but if you get there early (even with reservations you have to stand in line - and you need reservations because the shows sell out) you might have a little more say in where you sit. We lucked out, but there are some kind of crappy seats/tables so, yeah, get there early. It's a tiny place anyway, so even in the back at the bar you're no more than 50 feet from the stage.

Thanks, I just stumbled on to this section of the board. I'd like to see Joe if ever he comes this way.
D

mjp said:
If you don't know who Joe Frank is, you should. This is an episode from Joe's old radio show. You may remember Michael Meloan from a brief appearance in Born Into This.
Click to expand...

Thanks for posting this. I lost my cassette which contained this show as well as "Coma" years ago. I remember listening to it in the car when I would head to a customer service job I hated back around 1993. The trip to work was 30 minutes one way. The show fit my commute perfectly.

I miss Joe Frank's radio shows. They are 1990s Los Angeles in a nutshell.

Founding member
this is so crazy.

i wanted to find something to listen to while i worked but not music. for some reason i remembered joe frank who i heard a long time ago by accident on WFMU and always remembered it cause it was so strangely captivating. i went on youtube and found a channel with a bunch of pieces of his and randomly clicked one. as i listened i felt i was having a deja vu moment especially when it got to a part where the narrator talks about being invited to a new years eve party at the house of - something like - "the drunk wino poet bulshovski" in redondo beach.

i was going to post this separately but i had a vague recollection of hearing about him here as well so I "searched" it.

back to this thread - 13 years ago! - holy shit i was here when mjp posted it.

anyways, that was a bit of a mind-fuck for me. mjp put it up but here's the youtube version.

Founding member
Joe died a couple of years ago. He was one of a kind. 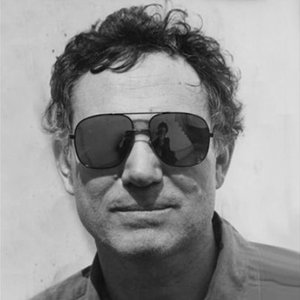 I thought it was Mark Ruffalo with sunglasses in that picture.

Founding member
btw i found this one extremely depressing. the ending with the sound of the narrator gulping booze and
blowing new years eve noisemakers and reciting that shakespeare macbeth bit - which is great - just
completely bummed me out.
You must log in or register to reply here.
Share:
Facebook Twitter Reddit Pinterest Tumblr WhatsApp Email Share Link
Top