Bought this buk book and it has interesting inscription (1 Viewer) I found myself wondering if this book was once given as a gift to David foster Wallace.

or it could be this guy from the Universty of Huston 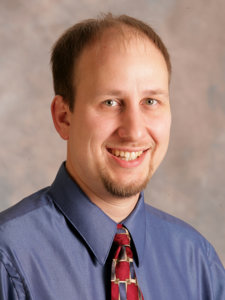 This seems like a fascinating read although the Amazon reviews are pretty damning. Saying that essentially Black Sparrow was reaching deep on this one. I didn't know Martinelli was an Anais Nin colleague.

Founding member
I don't know about "reaching deep." The problem, for me, anyway, is Bukowski mirrors Martinelli's hep cat writing affectations, and that makes the book difficult to read.

It's painful to see Bukowski engage in that kind of pandering. I get it, he was trying to pick her up, which he was trying to do with every woman he ever wrote to. Still. The pretentiousness is extra thick. It reads like two idiots trying to convince each other that they are geniuses.

Founding member
That actually makes me want to read it.

I tried reading this but felt like I was concussed. It's like she was txting back in the 1960s. I'll give it another shot though.


mjp said:
It reads like two idiots trying to convince each other that they are geniuses.
Click to expand...

Sounds like just another day on the streets of 2019.


Matthewjose said:
I found myself wondering if this book was once given as a gift to David Foster Wallace.
Click to expand...

The editor is a seller on abebooks. You could drop him a line.

I didn't know Martinelli was getting pounded by Ezra Pound...

Founding member
I think Bukowski was extra motivated in this correspondence because Sheri Martinelli was Ezra Pounds x-mistress. Motivated to show his genius skills and probably motivated to pick her up too 8-)

I always liked this book. It's true, it's hard to read because of the trying to convince each other of their geniuses and Martinellis experimental writing style, yet it's very early Bukowski, he writes her in a way he's writing nowhere else and Martinelli has some interesting pieces in it too, imo.

I still about half believe that Don't Try, Bukowskis motto and the words on his gravestone, might have come out of this correspondence. Coined by Martinelli btw. Can't prove it of course. But I remember her writing about young black kids in jail who say "don't try, man ... if you haffa try ..." and Bukowski praising this letter and being in awe.

Should dig the quote up. Maybe I'll reread the book and see how I like it now. Has been a while. I recently purchased the photocopies of the letters that were included in the book from the editor, Steven Moore. I didn't remember this from reading the book, but it's funny how he signs his name "Charles." It may as well been "Chas..." Anyone has seen this?

Another Fun Inscription IV - IT CATCHES MY HEART IN ITS HANDS

Another Fun Inscription - 2 By Bukowski