In Search of the First Dub LP

This may interest a few.

Your Host
Moderator
Founding member
Nice. I would just say good luck to anyone trying to pin down Jamaican LP release dates in the 60s or early 70s.

It's kind of an academic question though, what was the first dub LP, since dub - or the "version" side - was happening on singles for years before a full LP was released (as the article points out). Dub as we come to define it now is the cumulative result of the work of all those guys mentioned in the article (and others), not some kind of singular occurrence.

And from dub came hip hop, of course. But it's funny that it was up to those guys in Jamaica with next to no resources or money to create a new style of music as we sat up here in multi-million dollar studios and just continued to crank out more of the same old folk and rock and folk and rock and more folk and rock.

But it's also a fact that the earliest forms of reggae were very much influenced by 50s and 60s American R&B, so one hand always wash the other.

Is there a good (or poor) documentary regarding dub history?

I do have a cd by Soul Jazz Records, STUDIO ONE DUB, the original,
which talks a bit about the origin in a booklet that comes with the CD.
I can part with it if you would like it. I am not as curious as I used to be musically and I am simplifying my life.
I must be getting old :D. I may have listened to it once. I had forgotten about it until I read your post. 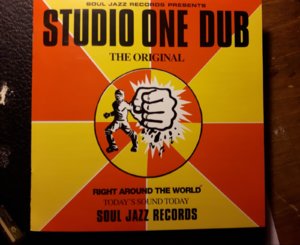 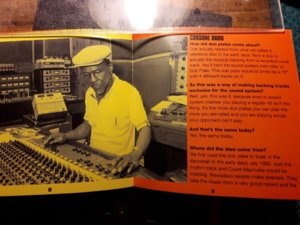 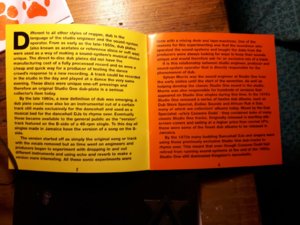 Your Host
Moderator
Founding member
Listen to it again! Studio One is the home of dub.

Unless you hate Reggae like jordan and justine, in which case, yeah, give it away. ;)

Ok, I'll give it a go in my car. Best place to listen. Not that I didn't like it, I just forgot. At the time I had also bought ENGLAND STORY, which I played a lot. I loved it.

Your Host
Moderator
Founding member
Yeah, that's dancehall, which is a lot different from what's on those Studio One records.

England story is also on Studio One.
That song was on it.

Your Host
Moderator
Founding member
Well there you go. All of the Jamaican studios went digital in the 80s, even Studio One I suppose.

The Wailers recorded at Studio One in 1965, and it's hard to believe that there were only 15 or 20 years between what they did there (below) and the digital dancehall era.

The mid 80s were a sad time for music in general, even more so for Reggae, which is not a music that should be done with computers. (Though what the Wailers recorded at Studio One was Ska, not Reggae.)