It Catches My Heart...Need Help (1 Viewer)

OK, I've been scared to ask this question because I'm afraid of the answer...

Hopefully it pertains to the thread below. If not, I got a bad copy:
https://bukowskiforum.com/threads/it-catches-on-ebay.2014/#post-34563

It has no cork, no wrap with the Buk picture and description. Just what you see.

The person who sold it to be said she bought it in '63, but you can't trust folks. We all know that.

Any insights would be appreciated. Is this a unique copy like the thread above?

Regardless, I always liked the red skeleton on white... Made it more bad ass than others...

Turquoise was never a good color for Bukowski... 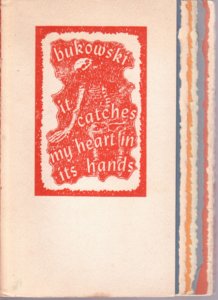 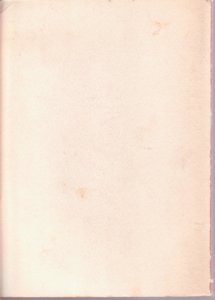 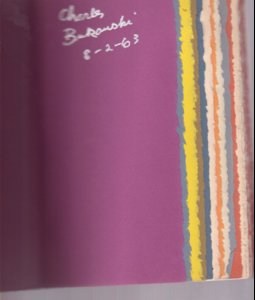 The signature is real. The book was printed and bound by Loujon. Maybe the cover was damaged so it was removed. I don;t have a copy here or I could tell you is the first page after the cover is the red skeleton. Is the spine clean or does it look like the cover was ripped off? It is always possible that Loujon ran out of preprinted cork covers so they went back and quickly printed these to finish up the run. This would have been easy as the skeleton was likely a copper plate. If that is the case, then this was a later copy, not an earlier one.

What did you pay for it?

First page after the cover is purple, with the signature. There is no yellow anything, as described in the thread I posted. It is very faint, but to the left against the spine in the cover photo, there is a red line that matches the skeleton and looks very intentional and nice. The boards are old, but they don't look like anything was ripped off them. No trace of glue or anything else. ... I paid too much according to your posts that say you should get one for $400 - $500 these days...

Oh, red line is on the back of the spine too. Again, looks intentional...

I'd love to see it in person at some point. Maybe you can arrange to meet an expert in Culver City and they can get the info to me through my attorney! Ha!

My worry originally was that someone muck later had a printing plate made later and then printed the cover to replace a destroyed or missing one. Unless the copy is the EXACT same one mentioned in the old threat from 2007, then there at least 2 copies, which makes me think that the Webbs printed the cover, but I'm not sure why. Maybe it was before the others and the cork idea came to them later. I still think that they somehow ran out of covers and had to make more. If that is the case, then it is a variant. Not sure that it is worth more. I'm partial to the cork cover and the wrap around cover.

p.s. Another option is that they did what I do and I think a lot of printers do (at least ones that love the look of books). I often will throw in a couple completely different color papers in the press and may even bind one up. It is just cool to see a book with a very different cover. Maybe they did that and then were forced to use them when they ran out of cork covers. Finally, the corkskin is not cheap. I have bought it before and seem to remember it being about $30 a sheet (a nice quality paper will run you about $5 for the same size sheet.) With the Webbs well-known financial problems, maybe the ran out of money for more corkskin and just printed some in white...

Completely different date than the one in the other thread, but who knows how many of his signatures were hanging around for them to insert into later editions. I'll send this one to you too Bill... Let me know if you got the broadside... know it was snowing...

I think this copy is a good deal because it has an original drawing. A little more than I paid, but worth it if this is market value:
http://www.ebay.com/itm/it-catches-...t=Antiquarian_Collectible&hash=item51a9634983

What you have is the bound guts of the book without the cover. The cover consists of the cork cover and stiff paper spine and back (which has a folded overleaf on the back panel) along with a "dust jacket' that is basically glued to the spine section of the cork/stiff paper cover. The dust jacket contains a bw image of a skeleton on the front (with tissue covering) and the back looks like a Rorschach test mirrored image with Buk's name and the book name; both skeleton and reverse being on either textured vellum or something similar.

Clearly yours appears to be the genuine book without the extra housing.


Pogue Mahone said:
The boards are old, but they don't look like anything was ripped off them. No trace of glue or anything else. ... I paid too much according to your posts that say you should get one for $400 - $500 these days...
Click to expand...

The yellow "boards" on yours appear to be the original wraps of the book itself within the missing housing. There is no glue between the cover/dust jacket and the book itself. No way can you find one of these complete for $400-$500. Make that $700-$1,000. 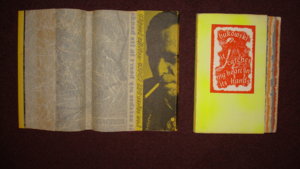 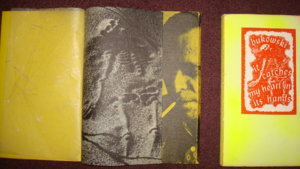 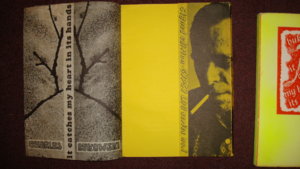 BoS and Purple know their stuff. So whatever they tell you about Buk-collectibles can be fully trusted.

Thanks for the pics, Stick. I've search the internet looking just for that image, but came up empty.

The only difference is mine is white, not yellow.

The art is not in mine -- it's one on eBay right now at what i think is a good price:

That's the one I should have bought. Bad day at the track, but I've had good ones too, so I can't complain too much.

I'm not surprised that there are color variations in the internal wraps as that was likely not meant to be seen as the primary cover, or seen very often at all. In fact, I had no idea what was under the cover of mine until this thread.

I just noticed that on this copy http://www.ebay.com/itm/It-Catches-...t=Antiquarian_Collectible&hash=item4ac1e4d1a3 the cover print looks like part of the block has been carved away around the central image of the skeleton and lettering, while on most copies I've seen, it isn't, it's like this: http://www.ebay.com/itm/it-catches-...t=Antiquarian_Collectible&hash=item51a9634983 Or am I missing something? Is that first copy lacking a dust jacket? I haven't handled a copy of this book in years and forget the details of how it's constructed. Pardon me if this has been covered in another thread. I checked Krumhansl but that didn't answer it (or I was too dumb to know it did.)

Founding member
I think it would be difficult to find two copies of that book that are identical, so I don't know how you'd classify or list all the variations. I think there are 777 variations.

Good catch, Rekrab! I've never seen the skeleton looking like this.
Ridiculous price though - $1.400 for a Good+ copy!
Last edited by a moderator: Dec 2, 2013

Right, mjp -- there are many variations. I wouldn't have even noticed it except it has that brown ink for the print (or a bad color photo) instead of the more (I'm guessing) common red ink. But beyond that, it appears to be a variation in the printing block itself, like someone worked on it part way through the edition, gouging out parts of the background to leave a white border around the image. Krumhansl says the image is from a photo by "Henry L. Chevrier." I Googled that name but didn't find much. But there was a French Egyptologist named "Henri Chevrier" -- maybe he's the source of the photo. I bet the Webbs found that image in an archeology book and appropriated it.

Rekrab said:
I just noticed that on this copy [snip] the cover print looks like part of the block has been carved away around the central image of the skeleton and lettering, while on most copies I've seen, it isn't...Is that first copy lacking a dust jacket?
Click to expand...

No; the cork cover is the front of the DJ. It appears that the block that was used to print the cover of the book itself (not the DJ) was used on that cover. I like the teal/cork combo too.

RIP
Vis-a-vis the variations issue...my copy of "It Catches My Heart in its Hands" is the usual one that is stated in the colophon. But the other Loujon Press Buk - "Crucifix in a Deathhand" - corroborates what others are saying about the variations. I'm inclined to agree with MJP that it would be difficult to find two identical copies. If I were to spend enough time to closely examine my copy of "It Catches My Heart in its Hands," it wouldn't surprise me to find variant elements here and there. When one reads about how Jon and Gypsy Lou ran their operation - which was hardly the kind of business-minded matrix that went on up in Santa Rosa - it should come as no surprise that the colophon information might best be regarded as a general - one might even say generic - guide, rather than a strict "justification du tirage" (to borrow from the colophon pages of uppity French livres illustrés publishers from an earlier century). I've attached photo of the colophon page at the end of "Crucifix in a Deathhand." Webb evidently decided to vary ten of the covers by simply running a few on a different type of cover stock. We need to remember that they used a hand-fed press, so it would have been no big deal make this kind of change. I wouldn't be surprised at all to find out that these ten "special copies" may have been the result of a cover stock shortage at the end of the run. I've been too damned lazy to research the bound-in "extra" that resides between the signature page and colophon page. This copy may have been one that was destined to be sent to a friend of Webb's or Buk's, or whomever, and perhaps Webb simply handed Buk that extra piece of paper for an added touch. It would be interesting to find out if other owners of this book have a similar presentation to the one I have. It is hard to believe that I paid a measly $30 for my copy, which, while not in mint condition (I would grade it as VG to F, no higher than F), would be far beyond my financial reach were I to try and acquire it today. Was that upon publication?

Signing of It Catches My Heart In It's Hand

A
Adding discography to wikipedia - need help with dates