One more. Not everyone is a Martin fan around here, but I thought I share excerpts from a L.A. Times interview, date unknown....PT

PS. Have a great Thanksgiving... and in case you forget... be sure to eat too much and drink too much....PT

Martins favors the author "who has one book in his life, even though he may write and publish it in volumes. But it's all part of one unbroken work."

He believes that writers are born: "The best writers have an inner rhythm, a pace to their lives. That is nothing to be learned.... That can't be taught."

"I like so little," he says. "I have a very peculiar idea of what I think is good, what will live. I've published almost 500 books. They have never stopped selling. If a novel is still selling 5,000 copies a year 20 years later, that's a real work of literature."

"There are two kinds of writers--insiders and outsiders. The insiders are liked. The outsiders are always at odds with society. They're difficult people. They are 50 years ahead of who they are writing for." But they have staying power.

Some of today's "big novels," he predicts, "will be completely forgotten in 10 years."

What he knows he doesn't like is "slick glossed-over stories, completely finished with a kick at the end."

In the mid-60s Martin was delighted to find Bukowski, at that time "completely undiscovered" and "a genius."

Martin describes Bukowski as the "quintessential down-to-earth American." Were he compared to an American painter, he'd be "more of an Edward Hopper than a Norman Rockwell."

On Bukowski: "He'd worked 12 or 13 years in the post office. He was alcoholic. Suicidal. A wild man. But there was a sweet gentle man underneath."

"He's our number one author. Whatever he needs, he gets."

[Bukowski's] books account for about a third of Black Sparrow's $800,000 in annual sales, according to one magazine report.

"I never go anywhere. So much time is lost socializing. The biggest waste of time is a meeting."

"Go... all you need to do to become a publisher is find an author, get the manuscripts and look for a printer."

Literature in its original and intended form has been a life-long treasure to Martin.

After five years in the publishing business and down to his last $500, he finally turned a profit in 1971. And he has ever since.

He's furthered the careers of dozens of other writers and found large audiences for such avant-garde poets as Diane Wakowski and Robert Creeley.

Martin calls the film ["Barfly"] "a wonderful movie, not a great movie," but "the single biggest impetus that has happened to Black Sparrow."

Black Sparrow has been called... "one of the few truly independent literary presses in the country." It's founder is "a purist."

Bromige calls Martin "a rare jewel. He's stern and discriminating. He has an excellent reputation. I know many poets who would love for him to publish their work."

With his writers he says, "I always make a warm initial contact and then what happens, happens."

"What I make now on these writers will be peanuts to what will be made 50 years from now."

What he does enjoy is introducing new readers to obscure writers who didn't get just attention in their lifetime.

He seems to pop in occasionally, post and then go away again.
Probably quite awkward considering his announced departure... but who could stay away from here forever though? 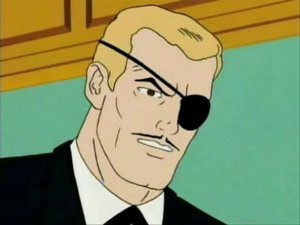 Thanks for the interview excerpts, Poptop! Martin sure put some almost unknown writers on the map...

Say what you want about John Martin, but he put out some good stuff, even beyond Buk. I will, however, take exception to the mention of Robert Creeley. I'd rather give Charles Manson a sponge bath than read Robert Creeley.:eek:

Thank you Poptop for the perspective.

I say fuck all the grudges and victories and bruises and regrets of the underground publishing world, so we can acknowledge John Martin. He shook hands with an unknown/ poet/POSTAL WORKER and guaranteed him an annual salary for life in the mid-1960's and that's all that matters. It took balls. Huevos. What profit-minded publishing firm would guarantee a contract like that ? I respect the gamble that Martin took back then....Buk and Martin shook on it. Cheers.

Happy Thanksgiving to all

long enough to sell out to a bigger pwess
M

An interview with John Martin