I'm just using this forum now for shameless selfpromotion and to stroke my ego:

Back in the 90s I've been photographing a bit.
It's not 'art' in the sense that I tried to be original or special. I just photographed girls, of which I felt, they should be preserved from aging. Photography was my way to fight time. There were also a few celebs and friends I pictured.

Now, I've decided to start photographing again and launched a facebook-page for the purpose of becoming known.
http://www.facebook.com/pages/roni-fotovideo/312777435404318
of course, I'd like you to 'like' it. Thanks kids.

Love, peace, happiness and all this stuff. You're a great audience! Thank you!
.
.
. Not Babe the pig. Babe as in sweet naughty goodness. Roni knows. He has the camera. Get lost, Ponder. I'm trying to join Facebook.

She is on facebook too.
Once you're there, I'll give you her contact-info.

p.s.:
Thanks to everybody, who already liked my fb-page.

Founding member
The one of Harald Juhnke is immortal :DD

Johannes said:
The one of Harald Juhnke is immortal
Click to expand...

Thanks man! I'm proud of that one too.

For all Non-Germans:
In Germany, this guy, Harald Juhnke, was pretty famous at his time. He was a crooner-entertainer and heavy drinker. His big idol was Frank Sinatra, but of course he reached that aim only on a 'german level'.

I had the luck to work with him for a couple of days back in 1996. It was a PLEASURE. This man was a real pro.
He also allowed me to take some portrait-photographs of him then.

p.s.:
here's another shot I did on that day: 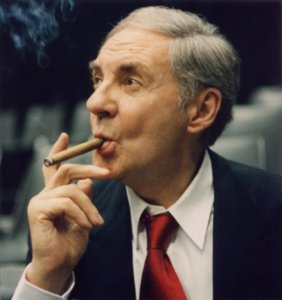 Founding member
What did you work with Harald Juhnke? Really great shots!

Juhnke was on of the greatest German actors ever, a true original. His end and final downfall was sad, although even that happened very much "his way" ... I remember reading the news when I was very young and seeing the pictures of him. He escaped from a hospital where he was locked in or something (if I remember correctly), went on a giant binge and ended up in a hotel suite in a bathrobe and a bloody face with a very young woman on his knee, posing for the photographers.

After that, he was diagnosed with dementia and locked up the last years of his life.

his dementia took place just in the very last years of his life, and he went into a hospital (and stayed there) after it happened. But he did have a very big lot of (timely-limited) alcoholic-blackouts through his whole career.

The episode you remember, was one of these 'drunk-phases' - he did not "escape a hospital" at that point. He just went into a kind of 10-days-drunk and moved into a hotel-room and had this 18-yearold-girl with him and since he had been a media-bitch all through his career, he let the photographers from the tabloids (Bild-Zeitung) in to his room, where they took not so flattering pics.

I met him in autumn 1996, when he was perfectly sober and we worked for a series of commercials which took 5 or 6 days. It was amazing to work with him.
The whole thing was "two rehearsals - two takes - thanks, next scene!" (Every scene on Every day!)
I've never experienced something like that before or after.

roni said:
The whole thing was "two rehearsals - two takes - thanks, next scene!" (Every scene on Every day!)
I've never experienced something like that before or after.
Click to expand...

Jack Nicholson and Robert Duvall work that way. A couple of takes and they say, "Okay, we've got it," and the directors pretty much have to move on at that point because those guys aren't going to do the scene again. But they do nail it in those two takes, so doing it again would be pointless. Of all the actors I had a chance to see at work, those two stand out as old-school, kick-it-in-the-ass-and-let's-wrap-this-up pros.

Chaplin could have learned something from those guys, because he kept re-shooting scenes, perfectionist as he was.

in the case of Juhnke, it was the director, who said, we got this. (And I've been working with that director at other occasions too - he was not of the superficial quick-quick-kind.) The whole crew was amazed by the performance of this precise acting-machine. We all were just staring at him unbelieving.

And it was only for a fucking dumb commercial!

Great photos and story, Roni. What type of work were you doing with Juhnke?

That would have been awesome to see. Which films were these ?

Founding member
A Few Good Men and The Scarlet Letter. My ex was "in the biz," as the kids say.

Rekrab said:
What type of work were you doing with Juhnke?
Click to expand...

I was only the video-assist (in Germany called 'video-operator').
Here's me at my working place during the Juhnke-shot in 1996: mjp:
I would have loved to see them too! Musta been cool.

Damn Roni. You look the same as you did 15 years ago!

Reaper Crew
Moderator
Founding member
That's what clean living does for you, it makes you ageless. No smoking. no drinking, early to bed...that's Roni.

Hey hooch! Be careful with your accusations or I'll send Hit-Girl to Dartmouth!

Founding member
I thought he was the Hit-Girl in Dartmouth...

mjp said:
I thought he was the Hit-Girl in Dartmouth...
Click to expand...

No, there can be only ONE true Hit-Girl: Founding member
Dude, you said those pictures would only be between us. Thanks a lot. My street cred is going down the toilet. 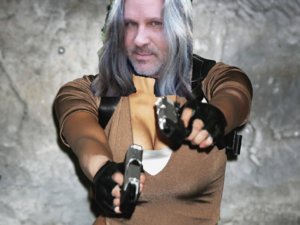 Founding member
I hope you're happy. That's the end of our "fantasy weekends" - both of you!