Some Notes on More Notes of a Dirty Old Man

I've been remiss in not coming here earlier to touch base with y'all on the new Bukowski, for which I profoundly apologize! My life as an editor's gotten a bit insane, in part because I spent the end of last year and the early part of this year co-editing and co-writing an intro for The Collected Poems of Philip Lamantia. This is coming out from University of California in 2013. (It's too thick a book for City Lights to do, hence this moonlighting on top of my usual stack of editing.) Please tell me there's a Lamantia fan out there, at least from Penguin Modern Poets 13.

So yes, More Notes of a Dirty Old Man is on its way from City Lights in September, though it could come back from the printers as early as August, so keep your eyes peeled.

To give everyone an idea, this volume is made up entirely of uncollected NOADOM columns, so by definition, everything's been published somewhere at least once. It's shorter than Portions from a Wine-Stained Notebook and Absence of the Hero, in part because it's modeled on the original Notes. As such, the texts are run together, without titles, as the vast majority simply ran under the NOADOM heading. I think there are three titles in the galley, but even these are going to be removed to the sources pages. It's also by no means every extant uncollected column, but rather trying to draw the strongest together because we have to make something pretty worthy of being called More Notes of a Dirty Old Man. We don't want to cheapen the title, if you see what I mean.

To the holders of the galleys: you have an extra-rare book on your hands, because the trim-size is being altered. The galley's proportions are the same as Portions but we've decided to go with the proportions of the original City Lights Notes instead. With our next printing of Notes, we're going to update the cover to reflect the look of More Notes. Point being: I forget how many galleys we did but it was a very small (double-digit) run, and while the design is unchanged, the size is markedly different from the actual copy.

On the subject of galleys, yes, the texts will be much cleaner in the final product. (We're even considering spelling David's name right on the cover!) Galleys generally come in the heat of battle, before the MS has been fully subdued, and the source material in this case is particularly rough terrain. Which is to say, it's being proofread even as we speak.

In any case, that's the basic story, and I'm happy to answer whatever questions I can, so fire away.

Thanks for the info, Garrett.

Any chance to get a copy of these Galleys for the archive of the Bukowski-Society?
Can we get on the list for future Galleys of Bukowski-books?

Garrett -- nice explanation of the publication process. Thanks for that behind the scenes account. It sounds like a great collection. City Lights does Bukowski right.
G

Thanks, Rekrab, for the vote of confidence--we do what we can!

Roni, unfortunately, we're totally out of galleys; again, the number we print is tiny (probably closer to 50 than 100) and they've all gone out to reviewers. (Even though they're more cheaply made, they're way more expensive per unit, because the print run is low, so we always have a limited amount compared with a major East Coast press like, say, FSG.) Let me see what I can do next time around though I can't promise (I don't even a galley of any of the Bukowskis I've done with City Lights). If I happen to find one around the office, I'll nab it for the archive, but last time I checked, they were gone.

Thanks, for keeping us informed, Garrett! We're all looking forward to getting a copy. With all the NOADOM columns Bukowski wrote, there might even be enough good columns left to publish a Still More Notes Of A Dirty Old Man later on.
And I'm sure we would all like to see one called, The Complete Notes Of A Dirty Old Man, some day (hint-hint).:)
Last edited by a moderator: Dec 2, 2013

Lamantia may be one of those well-published poets that nobody actually reads. Although I did know a guy who liked him long ago.
L

'Notes Of A Dirty Old Man' is one of my very favourite Buk books, I love that writing, and I will definetely buy 'More Notes..' Yeah man, it should be lively stuff. Buk could WRITE, and entertaining too..

Rekrab said:
Although I did know a guy who liked him long ago.
Click to expand...

So I just picked this up today at Chapters and from what I gather from this thread, but maybe someone can confirm, City Lights doesn't alter Buk the way Black Sparrow does. So, I shouldn't be concerned that this was edited by David Stephen Calonne.

You can ask him yourself if you want (username: David), but no, I would not be overly concerned.

Christopher, I transcribed directly from the printed columns and worked directly from manuscripts in libraries. The stories in South of No North, Hot Water Music, and other volumes have often been "edited", sometimes significantly.

David, I went back and looked at a few of your posts and noted your comment on the content in the LAFP vs that in South of No North (SoNN). The general opinion seemed to be that Buk may have been less concerned with edits to his stories vs. those made in novels (i.e. Women) and especially to the poems. But it is troubling that material from the LAFP may have been edited by BSP prior to publication in SoNN. You indicated that there was "no way" that LAFP material would have been edited, but was the LAFP material adapted into stories for SoNN and Hot Water Music, or used/quoted directly?

Again, my sense is that Bukowski didn't look over his original texts as they appeared in the LAFP, Nola, Open City after they were published. Martin then took those printed texts, added titles, and often changed them. I can post some more examples later: the one I posted earlier is only one of many I found.

Well, pretty please with cheese on top? Don't put yourself out, but if you have the chance, that'd be great.

David said:
Christopher, I transcribed directly from the printed columns and worked directly from manuscripts in libraries. The stories in South of No North, Hot Water Music, and other volumes have often been "edited", sometimes significantly.
Click to expand...

Great to know! Thanks. Starting to read this right now with my morning coffee!

This is great so far. I'm disappointed in myself for not having picked this up sooner. That happens with me and Buk though. I'll read only him for months and then not really anything for months.
Favorite story so far is when he takes Louise to the beach.

OK, to follow up on my promise to post some comparisons. I picked this one at random: "Long Distance Drunk" from Hot Water Music, source is LA Free Press, May 31, 1974.
1. Original: "It was Francine's house." HWM: "It was Francine's phone."
2. Original: "Tony answered the phone." HWM: "Tony answered."
3. Original: "Joanna had been drinking again." HWM: "Joanna had been drinking."
4. Original: "Pizza is garbage without an imagination." HWM: "Pizza is garbage."
5. "They walked off and I began to eat the pizza." HWM: "They laughed and went away and I began to eat the pizza."
6. "I don't live in either of their places." "I don't live with either of them anymore."
7. "Shut up, boy. It's my way of letting myself down easy." "Shut up. It's my way..."
etc. throughout I finished More Notes a few hours ago. Excellent.
My favorite story is "Ralph and Judy." Does that have a name?


I really enjoyed the afterword, David!

Buk's sequel from the grave: 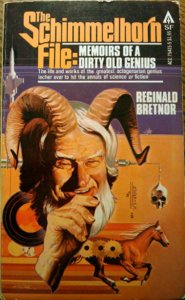 Who knew that "the greatest octogenarian genius lecher ever to hit the annals of science or fiction" was a combination of the late Robin Williams and a wild goat? 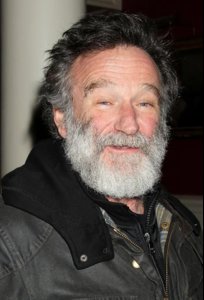 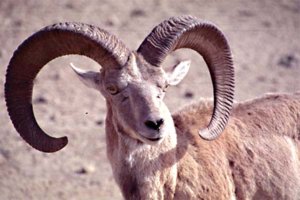 Purple Stickpin said:
But it is troubling that material from the LAFP may have been edited by BSP prior to publication in SoNN. [...] was the LAFP material adapted into stories for SoNN and Hot Water Music, or used/quoted directly?
Click to expand...

Now that all of the available Notes columns are associated with their appearances in South of No North and Hot Water Music, you can compare a lot of them for yourself.

Spoiler aleert: you probably won't enjoy doing any comparisons. The changes are everywhere, and usually as pointless and/or amateurish as the posthumous poetry changes.

mjp said:
The changes are everywhere, and usually as pointless and/or amateurish as the posthumous poetry changes.
Click to expand...

Thank you. I might be wrong, but this could easily be the first time you admit the severity of the prose-changes during Bukowski's life-time as hard as the posthumous poetry ones.

Founding member
I've always been bothered by the changes to the prose. I know I've said that I don't care about them, but that's just me picking my battles and trying to keep the focus on the poems. The destruction of the poems is easier to demonstrate, and that's important when it comes to getting people to care about the destruction caused by Martin.

mjp said:
The changes are everywhere, and usually as pointless and/or amateurish as the posthumous poetry changes.
Click to expand...

I was reading Space Creatures the other day, a funny poem about some odd folks at the track. It's collected in War All The Time and also appears in Wormwood 90. Needless to say, the BSP version is significantly different. For a while, we were of the opinion that these edits only commenced with Betting on the Muse, then Roominghouse got thrown on the heap, then South of No North and now War All The Time. I suppose it is possible that Buk made some of the edits in Space Creatures, such as minor word changes, but the expunging of the crude language and other such things strongly suggests another hand. And I think we all see where this is heading...

Founding member
Well there are changes to the poetry going back as far back as you want to go with Black Sparrow. But the point where the changes become completely unhinged, or however you want to describe it, is certainly right after Bukowski's death. Martin's gloves came off at that point.
This site has been archived and is no longer accepting new posts.
Share:
Facebook Twitter Reddit Pinterest Tumblr WhatsApp Email Share Link
Top