Johannes said:
Must have been one of the first places on the net ever where you could find Bukowskis work, no?
Click to expand...

I don't know when realbeer.com put up their Bukowski page, but it was also very early. That may be the first Bukowski page I recall seeing outside of smog.net or mjptv.com.

Moderator
Founding member
smog.net, real beer and a site called Anti Hero Art were the only places with significant Bukowski content. It was exciting to find those places. Seems so long ago.

hoochmonkey9 said:
Seems so long ago.
Click to expand...

realbeer.com is even older than my first domains:

Happy new year, here are some mixed nuts. And, since a balanced diet is important, have a little helping of 9/11, Black Lives Matter, trolling the aisles of CVS, the mathematics of grocery shopping, human history, deadly peanut allergies, Janeane Garofalo, Michael Che, Celiac disease, The New England Journal of Medicine, the most kick-ass 70 year old the world has ever seen, unemployment insurance, working at McDonald's, Corrine Burns, and lunatics.

Nuts raise a lot of questions. You're a nut! Ha! All nuts matter! I'm listening right at this moment in the new year. Who could imagine? Laughing my ass off. P.s. Sounds like you have a cold. Drink more o.j. Or don't. Dude, you just keep on going on & on about nuts...and no mention of deez nutz.

PhillyDave said:
Dude, you just keep on going on & on about nuts...
Click to expand...

That’s exactly the same thing you said to me when we broke up you bastard!

Founding member
You got to keep the Newcastle upon Tyne tea service, the Sharper Image foot bath, and the Pomeranian. I'm not sure what else you want.

I want the sculpture I made for you after that first divine weekend in Copenhagen. Founding member
Sorry, but I, uh, lost that.

Was in town and came upon a CVS 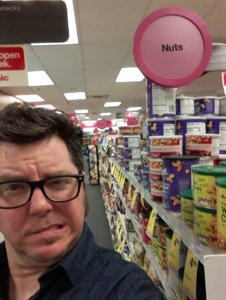 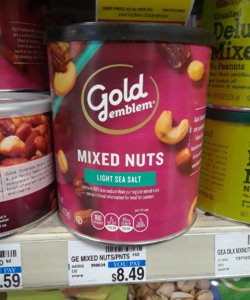 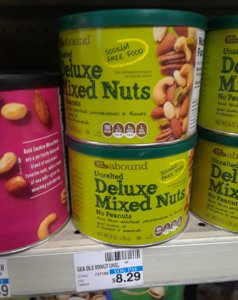 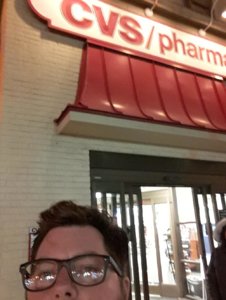 Founding member
Who sneezed in my arpeggio?

Let's get right to it, shall we? Or rather, let's not get right to it, let's start this one with a poem. Then let's talk about mixtapes, sliders, memories, smells, silence that isn't really silence, limitations, your mother's shoes, tweens, soccer moms, Young Adult fiction, the Sundance film festival, veal, Hindu gods, Springsteen on Broadway, the working man, Sons Of Anarchy, U100, snow globes, Dr. Seuss, SWAT teams, and insurrection. Let's talk about the earth, humanity, science and yes, maybe also work in 20 book reviews somehow: "Scar Tissue" by Anthony Kiedis, "Hit So Hard" by Patty Schemel, "Gold Dust Woman" by Stephen Davis, "There's No Bones in Ice Cream" by Sylvain Sylvain, "The Most Beautiful: My Life with Prince" by Mayte Garcia, "Complicated Fun: The Birth of Minneapolis Punk and Indie Rock, 1974-1984" by Cyn Collins, "The Birth of Loud: Leo Fender, Les Paul, and the Guitar-Pioneering Rivalry That Shaped Rock 'n' Roll" by Ian Port, "Broad Band: The Untold Story of the Women Who Made the Internet" by Claire Evans, "How the Internet Happened: From Netscape to the iPhone" by Brian McCullough, "How to Write an Autobiographical Novel," by Alexander Chee, "Choose Your Own Disaster" by Dana Schwartz, "A Farewell to Walmart" by Carly J. Hallman, "The First Bad Man" by Miranda July, "Strange Angel: The Otherworldly Life of Rocket Scientist John Whiteside Parsons" by George Pendle, "Life at the Dakota: New York's Most Unusual Address" by Stephen Birmingham, "World of Our Fathers: The Journey of the East European Jews to America and the Life They Found and Made" by Irving Howe, "Grandma Gatewood's Walk: The Inspiring Story of the Woman Who Saved the Appalachian Trail" by Ben Montgomery, "On Drinking" by Charles Bukowski, "In Pieces" by Sally Field, and "Girl Boy Girl: How I Became JT Leroy" by Savannah Knoop. Now take a breath.

In this ear-crushing aural assault on the senses, artist and author Carol Es talks to us on the day her debut memoir Shrapnel in the San Fernando Valley is published. Okay, it's not really an "ear-crushing aural assault on the senses," it's just an interview, but lend a crushed ear to hear about Carol's adventures in writing and publishing a book, as well as her take on how Scientology ultimately affected her approach to the book (probably not in the way you might think), how her friends and family have reacted (before even reading the book), about her upcoming book launch/art show at the Craig Krull Gallery in Santa Monica, and how ultimately the truth will always set you free.

Founding member
How a Jacket Changed My Life

This episode starts with a bang and just keeps bangin' 'till the cows come home. LOL! LOL! We will discuss Jah Himself, hippies, Mahtomedi Minnesota, aliens, beaver, curry, secret handshakes, Toughskins, ski jackets, the birth of the puffy jacket and its victims, living in your cousin's basement, the leather store, the perfection of the Schott Perfecto, molesting outerwear, getting the shit kicked out of you, feeling invincible, being invincible, magic, romance, chaos, Sonny Vincent, being twins with your girlfriend, what is cool? osmosis, chaos and upheaval, writing the story that no one else will write.

oh, yeah, this is a great ep as well. Thanks.

Founding member
You Can't Always Get What You Want

Hi. I've always been honest with you, except when I'm lying, so I have to say that I recorded this episode and put it on the shelf because I didn't think it was good enough. "Good enough" being a subjective term, of course. But as it happens, I'm packing to move (again), which means there's no time to come up with a replacement. So rather than leave a month-long hole in the schedule, I present you with this not-good-enough episode, where I talk about the death of Google Plus, shortwave radio, and rare books. When I emerge from the move and come up for air, I'll let you know where I am in the world, and I'll hit you with a top-notch, super-interesting, A-1 professional episode. Or just more of the same, that remains to be seen.

Moderator
You cracked me up with this announcement.

zobraks said:
You cracked me up with this announcement.
Click to expand...

Truth in advertising, I suppose.

Yes, leaving Los Angeles for the beautiful high desert of Joshua Tree. The first time I've looked forward to a move in 20 years.
? ? ?

Google pluses and minuses and

Founding member
The Podcasts I'll Be Relaxing to This Summer

Have you come across this one? Some hints for cooling down in Joshua Tree.

Founding member
That podcast has been recommended to me in the past, but I can't handle that guy's take on a "radio voice."

Swamp coolers are great, but we have central air conditioning, so we'll be cool. Inside the house, anyway.

Founding member
Life Must Be Somewhere to Be Found

Allow me to regale you with more tales of packing up and moving, the Kingdom of Nye, the end of the road, Los Angeles, the high desert, America's Next Top Model, the 60 freeway, LAX, the Milky Way, leaf blowers, Bedouins, mountain biking, Germans, landlords, cucumber water, and how Instagram is destroying the National Parks. If that's not enough, I don't know what to tell you.

Founding member
Congrats on the new place! Pictures of Joshua Tree look interesting for sure.

Landlord situation sounds good too. I was listening to another podcast recently where a woman talked about house-shopping in LA and she told a story about a house owner who demanded that she wrote a letter to the house she wanted to move in, like why she wanted it, why they were the right people for it etc., like a love letter or some shit: "Dear house, I really love the way you stand there and your ceilings ..."
Last edited: Aug 4, 2019

Johannes said:
a house owner who demanded that she wrote a letter to the house she wanted to move in...
Click to expand...

I don't know how people tolerate being landlords. I mean, if you own an apartment building or something, that's one thing, but we always rent houses, and so far, they've all been houses that were never rentals before, so they haven't been abused.

I don't know how you can take a house you've lived in and put it up for rent. I couldn't do it. I'd always be trying to get my foot into the door to make sure the tenants weren't destroying the place.