Can you post a couple of pictures of the outside, meaning the landscape or whatever it is, rocks ... I am curious about the desert ? ?

Founding member
From the front porch and from the back patio.

But Google will give you more professional, impressive pics of the park... Nice to hear that you found such a pleasant and quiet place to live in.
And hell, yes, the fucking leaf blowers! I don't know when they showed up first over here, maybe a decade ago, but I've been cursing at those dirty and noisy blowers ever since.

Founding member
Funny thing is, Los Angeles made using a gas powered leaf blower illegal in 1991! But no one had the foresight to understand that for a law to work, maybe you need some kind of enforcement. There is none.

Wait, that's not true. Santa Monica has the most strict leaf blower laws in Los Angeles. They have issued...let's see...six citations in the past two years.

Which is all proof that if the people don't agree with a law they'll just break it and if everyone breaks it, what can you do?

It's why herb possession was about the same as getting a traffic here before it became completely legal. Too many people used it, the laws were unenforceable. It's still against the law, federal law, but the law is not enforced (unless your skin is brown).

I have to say, there's a palpable note of pleasure...dare I say it, even joy...in your voice for the most recent episode. Sounds like the move came along at exactly the right time! Congrats!

Hosh said:
I have to say, there's a palpable note...
Click to expand...

You know how it is living in the desert. The sun beats all the pretense out of you.

Moderator
Here's the latest issue of our regular desert bulletin ?:

Bad news for the U2 Joshua tree admirers!(?)

P.S. Don't bother to read the article, it will probably be summarized in the next installment of THIS IS NOT A TEST.

mjp said:
You know how it is living in the desert. The sun beats all the pretense out of you.
Click to expand...

mjp, have you read A Season in the Wilderness by Edward Abbey ? Great book about the wilderness in the western american desert, not your new place but still.

Founding member
I read a lot of those Edward Abbey books a long time ago, yes.

As far as the Joshua Trees going extinct, I've been reading about that too. But the temperature increases they're talking about - 5 to 9 °F - would cause problems that I think might distract us from the death of the Joshua Trees. Like, you know, Los Angeles and New York City being underwater, things like that.

The death of a lot of the Joshua Trees (and animals and insects and other plants) would suck, but it might be hard to drum up sympathy for them if the polar ice caps were all melted...

mjp said:
The death of a lot of the Joshua Trees (and animals and insects and other plants) would suck, but it might be hard to drum up sympathy for them if the polar ice caps were all melted...
Click to expand...

I can't bring myself to "like" the post, as the death of the desert (and the world) seems like such a nightmare that people would be terrified and act accordingly... Will we? I don't have much faith...

But I agree: it won't get much press.

yet another great podcast. A bit relaxed & still with humor & insight. Congrats on the new digs as well.

Hosh said:
the death of the desert (and the world) seems like such a nightmare that people would be terrified and act accordingly... Will we?
Click to expand...

Well no one is acting - accordingly or otherwise - now, so I assume everyone will just roll over and die when the time comes. But at least the stockholders in the giant corporations that the Trump voters are supporting will be happy. Right up to the end.

But honestly, I think those people, those Trump voters, will be waving their confederate flags right up until the water or the dust covers them, and they'll be screaming "LOCK HER UP!" and "FAKE NEWS!" as they wither and die. Because that's the world the politicians have made, and they can't reverse it now.

But who knows. I probably won't be here to see it, so I don't care anyway. I've never believed that it would be such a terrible thing, the end of our particular little blip of life here and now in this time and place. And I still don't. I don't have kids though, so it's easy for me to say goodnight moon...

Besides, the Andromeda galaxy is on course to collide with the Milky Way anyway, so it's a moot point.

Moderator
I never thought I would be around to witness the end of the planet Earth, but lately (with the geometric progression of the global disaster) I'm not so sure.

Moderator
Founding member
Hopefully not before Wednesday. I got a thing on Wednesday.

Mankind: invented all manner of imaginary religions, borders, countries, gods, and money then used each as some dip-shit, slap-dash justification to keep what they actually needed from each other...until they destroyed the only real thing they had -- their planet.

"Humanity, you never had it
from the beginning."

Say, someone should put that on a statue...

Founding member
Come Fly With Me

Founding member
Go Fly a Kite and Other Mild Insults

Hi, remember me? I thought you might like to talk about dogs, jobs, moms, flying kites and Jolly Rogers, sleeping on pool tables, corn, Mai Tais with Buddha, white Christmas, metadata, Showtime at The Apollo, which Sex in the City character are you?, getting old, Christmas music, Van Morrison, The Wailers, fistfights, puppetheads, Joe Strummer, particles, white people, Survivor, Trevy, patois, Rastafari, appreciation vs. appropriation, Cross Colours jackets, why you should stop telling people you're a DJ, and propane in the membrane.

Been enjoying these 'casts, mjp.

Two of my favorites:

from Come Fly With Me
"...she was a bundle of unnecessary idiot energy that never stopped, just an endless fluttery chaos. It was like sitting next to a 175 lb pigeon."

from Go Fly a Kite and Other Mild Insults
"...you're only doing it cause you saw a picture of Grandmaster Flash in a coffee table book at your grandmothers..."

Sir, that was a mighty fine episode. Sorry to hear about all the shit that's been hitting your fan. If I had a skull & crossbones kite I'd send one your way. Digressions!!!!! Oh, and my nick-name, to some, is DJ PhillyDave. It's a ha ha. I know I am nothing more than a player of records with opinions. AAND I have a 16 Tons tour jacket. If it wasn't true before, it's true now- I am a dork and I am fine with it.

Moderator
Founding member
The five month layoff was worth it. That episode is a humdinger.

PhillyDave said:
my nick-name, to some, is DJ PhillyDave
Click to expand...

Yeah, but you know what kind of DJ I'm talking about. One of those amped-up punks going thump thump thump for four hours while people hop up and down and puke on their glow sticks. That's not what you do, is it? 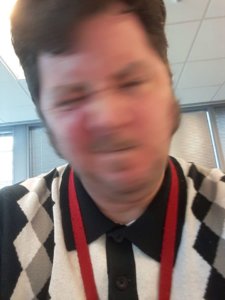 Founding member
I didn't think so. ;)

hoochmonkey9 said:
That episode is a humdinger.
Click to expand...

I am always aiming for that, but humdinger is a high bar.

Founding member
SCIENTISTS VERIFY THAT WORLDWIDE CORONAVIRUS HYSTERIA IS COMPLETELY JUSTIFIED! ALL WILL DIE! REPEAT: ALL WILL DIE! LISTEN NOW TO LEARN HOW TO SURVIVE!

Terrified of catching a cold? Don't be, I've got you covered. Calm yourself by listening to my reassuring voice lulling you into an alpha wave-rich state of near catatonia by talking about hawks, burritos, cruise ships, toilet paper, Ira Glass, Portlandia, the death of half of the human race, super Tuesday, civil war, collapsed roofs, machines in the garage, politics and humanity, idiots, SEO, more idiots, writing for an audience of noodles, rules, rules, and more rules, some more idiots, removing the hair from around your nipples - wait, I didn't talk about that, I was just thinking about it - college professors, Google, content, deplorables, cookies, complaining, cereal boxes, and a public service announcement.