What are you listening to? The world really needs to know. Volume 8 (1 Viewer) Founding member
Ah, see there, Jeff was making a reference and I didn't get it. Well, that's probably why we broke up. Founding member
Television often struck me as some guys who just learned how to play guitar scales and really wanted to show you how they went, so they made up some songs to showcase their noodling. Of course this is not a subtle way to send a message:
Avril Lavigne: . KEEP HOLDING ON 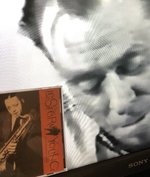 Hope everyone is okay. Personally I feel like shit.

That hurts me. But I refrain trying to be cheering-up. Would not only be useless: would be an insult to a suffering person.

Only thing at all, I can do, is sharing some connecting feelings:

...nice to hear some Bob I haven’t heard before.

For Donny,
my favourite version

Reaper Crew
Moderator
Founding member
Forgive me, still stuck on these local heroes. An older one.

Founding member
Let's twist again, like we did last summer.


Veronica Bianqui - If Love's A Gun, I'm Better Off Dead

Madonna: This Used To Be My Playground

"Say goodbye to yesterday - these are words I'll never say."