Reaper Crew
Moderator
Founding member
Here's the short film 'Taco Bender' based (although apparently not credited as such) on the Bukowski story 'The Devil was Hot'. This short was later used as the second segment 'Diablo' in the anthology film 'In The Drink'.

Part 1:
[This video is unavailable.]

Part 2:
[This video is unavailable.]

thanks hanksolo!
have just downloaded the whole thing.
thanks also to edge for obvious reasons.

Founding member
Yet another example of the overwhelming lack of creativity of 99.999% of people in so-called creative fields.

To take the story - even exact lines from the story - and make your little film around it and call yourself the writer is weak. But then most people in that business, or trying to get into that business, are weak. No surprise there.

it's always the problem with adaptions of books/literature:

if you follow the Original most exactly, people say, you're not creative.
If you invent or change things and make it your 'own' creation, the fans stand up and claim, you've betrayed the Original and it's not an adequate adaption.

So: Can adaptions only lose?
Not only is that question useless - we've had it before many times.
I'd say, it's a matter of taste.
And Franco Zefirelli's 'Hamlet' is marvelous! (Yes, there's Mel Fucking Gibson in it. Still GREAT.)

roni said:
So: Can adaptions only lose?
Click to expand...

For me, yes, they can only lose.

As always, I am of the opinion that there are six and a half million people out there trying to write original screenplays. Use one of them.

There's a very interesting article in the latest Vanity Fair about how American culture has been stuck for the past 20 or 30 years. At no other time in American history could you look at cars, clothes, films, literature from 20 years earlier and mistake them for current or modern. But you can now look at pictures of people from the 90s, or even the late 80s and they look just like we all look now. Music hasn't changed, fiction hasn't changed, everything is static.

The article author's take on all this is that we are in an age of such massive change that people look to the past as a kind of reassurance that everything isn't spiraling out of control. He also makes the very valid point that businesses have become bigger, and profit margins smaller, so car companies for example can't afford to restyle every year, and Starbucks can't remodel its 800 million stores every 10 years. Interesting stuff.

But it doesn't explain why creative types are so fixated on the past. That is the biggest tragedy. I don't care what kind of jeans you wear, but give me something, man. Anything. I know I'm probably going to hate it, but I'll be so god damned glad and relieved that it's there. That we aren't just going to be stuck in a nostalgic haze until the day I die.

mjp said:
For me, yes, they can only lose.
Click to expand...


can't argue against that.
We just have different oppinions/tastes.

mjp said:
[...] how American culture has been stuck for the past 20 or 30 years. At no other time in American history could you look at cars, clothes, films, literature from 20 years earlier and mistake them for current or modern. But you can now look at pictures of people from the 90s, or even the late 80s and they look just like we all look now. [...]
Click to expand...


Sorry, I can't agree here.
And the reason is this: Sure, I get your point about the lack of ORIGINALITY in the arts or anywhere.

But that's not a matter of our times, of recent days, etc. It's an old matter. The discussion about, what's 'New' and the discussion, that 'Everything's been done before' - these are so old.
And they're not the things to worry about.

Everything, that's created by a person, because he/she wants or needs to do this IS ART.
Has something like that been done before? Almost certain, that it did. (one of my professors of philosophy once said: "Originality is defined by a lack of knowledge/education.") But that's not the criterion.

I'm not sure I understand the point of the pictures of Madonna's different get-ups. That Madonna may have changed her look doesn't change the fact that Gaga is a 21st century version of 1980s Madonna.

Why is that a departure from the past? Well, you did not see any 1980 female pop singers emulating 1950s pop stars (unless Madonna was singing How much is that doggie in the window? and I just missed it). The same thing goes for the 70s or 60s or 50s or 40s or 30s...popular music continually tried to change itself. It doesn't anymore.

I think if you want to argue that we're doing things differently, culturally, right now than we were a generation ago, you'd have to come up with some examples of something new that isn't just like something from a previous generation. And I'm pretty confident that you cannot.

You should read the article, it lays it out much more clearly than I can. I don't really want to scan it (because I'm as lazy as I was 30 years ago), but I will if I have time later. 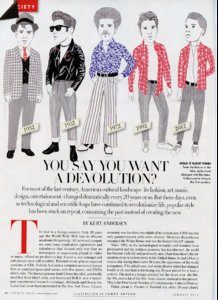 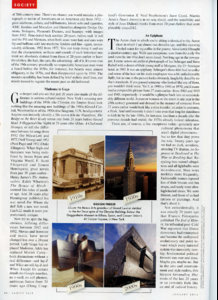 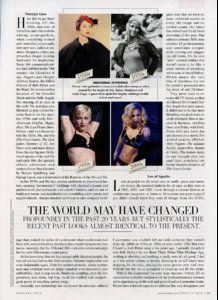 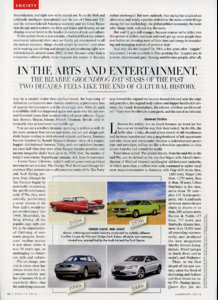 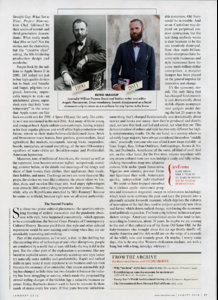 mjp said:
[...] you want to argue that we're doing things differently, culturally, right now than we were a generation ago [...]
Click to expand...

Yes.
We just don't agree here, but it isn't important enough to really argue about it.

I guess, if one looks for examples, they easily can find some to support both theses. But it doesn't matter. Having different opinions is okay.

Z
Was this staged?

Jan 25, 2008
Honeydew
H
K
Curious, What was Buk smoking in the Bukowski Tapes?

M
Where was Barfly shot?

Lilly was not one of Buk's women