more footage of crazy NewYork. I only saw 12 minute so far on youtube but it was the usual compelling & wild. here's the whole thing.

Founding member
"Whenever he's in Montreal he holds up in a 3 dollar hotelroom in the tenderloin."

Founding member
don't know what to say about this. beyond fucked. tom cruise is an alien. god help us... 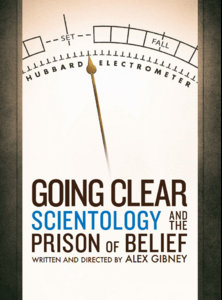 Doesn't take us long to land up in Chapter 5 of Lord of the Flies does it - 4 days!
During my training, we had to work 3 months in a psychiatric hospital (the rationale being,we would encounter patients with mental health problems in general hospitals).
We did 6 weeks in an acute ward and 6 weeks in a long term ward. While still in the classroom, as well as proper text books we were requested to read One Flew over the Cukoo's Nest (watched the film too) Confessions of an English Opium Eater,Junky and some excerpts from Diary of a Dope Fiend. ( a lot of drug related stuff in the acute setting).

We also had to watch the full footage of Stanley Milgram's Obedience Experiment's from the early 60's at Yale University, done around the time of Adolf Eichmann's trial and hanging for war crimes in Israel.The motive was to see how easily we will follow authority figures and commit inhumane acts.The results were depressing although the experiment has been challenged on many valid grounds, but it still stands up as a reminder of how easily led we are, especially if the responsibility is moved upwards.Perhaps everyone is aware of his work, but if you aren't, here is a bit of footage:

A few years ago a French t.v. Game show, based around the Milgram experiments, made the news. I recognized the basis for the game show from reading about the Milgram experiments but it is frightening how easily we can become something that later generations shake their heads at and wonder why and think "I'd never do that."

Looks like it should be available on DVD & BluRay soon:

A short homage rather than documentary really:) - Withnail and Us:

Saw an exhibition of his last month in Edinburgh, it's touring the UK. Watched this last night.

Should be out through Criterion from mid-December:

Saw that on the Criterion site. It's a doc that was making the rounds on tape for a long time apparently.

BukFan Brad said:
Should be out through Criterion from mid-December:

Looks like this is now available. Has anybody bought a copy yet and seen it? I've e-mailed Criterion about whether it can be ordered and shipped to the UK (or whether it is going to be released later on in the UK but have not heard).

Here's a taster interview session with some of those originally involved in the filming:


I've found something odd in the way this interview is being presented. I'm certain, after reading Burroughs' correspondence, that Howard Brookner had amassed a massive amount of film footage of Burroughs but didn't know what to actually do with it. I'm sure that the film project was almost completely abandoned despite all the footage. This only came about when the BBC (who James Grauerholz refers to in this interview) approached Burroughs about making a documentary on him some years later and Burroughs said that they can go ahead with making the documentary so long as they make use of what Brookner had already shot and that they didn't shoot any more new footage of him. I think it was the BBC documentary that was available on YouTube and other sites for many years, but this has now been taken down. I wonder how much of the editing from the original BBC documentary is still retained in this newer version or if those who put this film together started right from scratch (with the raw film stock)?
Last edited: Dec 27, 2015

For those, like myself, who can remember what came before the internet:

We're five episodes in to this and just when you think it can't get any more ridiculous or outrageous, it does. I don't know how it ends yet, but I recommend it. Making a Murderer, on Netflix. recently binge watched the Foo Fighters HBO doc series Sonic Highways and really enjoyed it despite not being a big Foo fan. They are just ok. They get too much credit for being more than what they are, just a hard rock band.

Be Here To Love Me
A good doc on the life of Townes Van Zant.
He was everything Nick Cave and Bono try to be.

Making A Murderer-was very good.
I don't think the court proved his guilt.
I do think he did it.
Dousing a cat with gas then tossing it on a fire doesn't sit right by me.
The defence lawyer should be in jail.

Watched this last week worth a look:)

PhillyDave said:
not being a big Foo fan. They are just ok. They get too much credit for being more than what they are, just a hard rock band.
Click to expand...

it's a sad state of affairs when they - and especially dave grohl - are considered rock royalty.

he seems like a nice enough guy I guess. but does that earn him the right to be rock royalty? Nah.

I enjoyed the Sonic Highways docs, I admire David Grohl for the way he has stayed away from drugs without being holier than thou about it, hope that young musicians can take something from that.

I'm too starstruck to go anywhere near musicians, but my friend Kirsteen had her photo taken with him a few years ago at a festival, she had him in some sort of body grip! not that he was complaining. Here was her fb message on the day they played Edinburgh last Sept (Grohl with a broken leg too) :D
The day has finally arrived! So excited! I'm coming to get you Dave Grohl ❤❤❤❤❤ and this time I'll never let you go, no matter what the Criminal Justice System says


Perhaps Rock Royalty after all???

I guess I think rock royalty should have the most awesomest, killerest, coolest, most transcendent rock n' roll ever. He does seem like a cool dude tho. We're arguing the qualifications for rock royalty. HA!

Founding member
If you say to a musician, "You're rock royalty," and they say, "Yeah, I guess I am," that's proof that they aren't. Anyone who actually was "rock royalty" would disavow the title, so it doesn't really exist.

See how that works?

God save the queen.

mjp said:
See how that works?
Click to expand...

mjp said:
God save the queen.
Click to expand...

mjp said:
Anyone who actually was "rock royalty" would disavow the title, so it doesn't really exist.
Click to expand...

Of course and I hope David Grohl would.

PhillyDave said:
I guess I think rock royalty should have the most awesomest, killerest, coolest, most transcendent rock n' roll ever. He does seem like a cool dude tho. We're arguing the qualifications for rock royalty. HA!
Click to expand...

Yourself and D Gray argue fairly it's a case of mistaken identity, not being particularly original or innovative, perhaps ditto for Nirvana?
But Foo Fighters are a well loved rock band who (most of the time?) love what they do. I think Grohl has earned the title of elder statesman now. Best to leave the fake royalty references in Hollywood, it is a silly conceit... Queen and Prince notwithstanding.

Elder statesman? Ok. I guess as long as he disavows the title and just be's cool.

that's his downfall, artistically speaking. he's too nice and well adjusted to do anything interesting or edgy.

kurt cobain was a great artist cause he was able to combine his personal damage with writing catchy tunes. and being able to sing them with those crazy tortured vocals.

not on the same level as john lennon but in that territory.

not to trash good old dave grohl, he goes for it but it's all sizzle and no steak.

The Dave Grohl thread!.... So, how's about that Nina Simone doc from Netflix What Happened, Miss Simone? I really wanna see that one. Reviews have been good. I think she qualifies as music royalty.

Founding member
That one is in our list. I just watched a documentary on Netflix over the weekend called Muscle Shoals, and it's well worth a peep if you like the funk (and want to be surprised by who is playing it on a lot of classic records).

I saw Nina Simone at The Wiltern in L.A. in I think 1999 or 2000. I remember her voice being really hoarse and she didn't seem so into performing that night. It was royally mediocre.

Moderator
Founding member
The Simone doc is very good. So is the Muscle Shoals one.

PhillyDave said:
Elder statesman? Ok. I guess as long as he disavows the title and just be's cool.
Click to expand...

He do be cool PD, he do... I think your criteria for senior statesman status (felt like daffy duck saying that - too heavy on the S's) is probably stricter than mine.


d gray said:
that's his downfall, artistically speaking. he's too nice and well adjusted to do anything interesting or edgy.
kurt cobain was a great artist cause he was able to combine his personal damage...
Click to expand...

Probably right, the Foo Fighters have too much fun, not miserable sods like Nirvana, Joy Division or The Smiths (as much as I love them).

This was quite an interesting doc (could have done with the information just straight though) about artists, drug use through the ages and does it make their art better.
PS - there is a part one and two in both of them. The second one starts at Jack Kerouac

The Art of Tripping:

See it while you can. MC5 doc.

Lou Reed is gone for good