Founding member
Bob Mould has "had a book coming out" for about ten years, so I'm glad to see it's actually happening.

Founding member
Funny, so many parallels, especially in one early part his book, to what I'm writing. It's almost the same formula: Rock Scene Magazine, first Ramones album, off-brand Flying V -- but I suppose there are a thousand knuckleheads who have the same lineage of pathetic influences. He's just one of the famous ones.

Interesting stuff so far though. 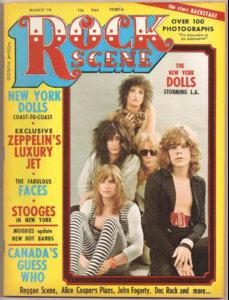 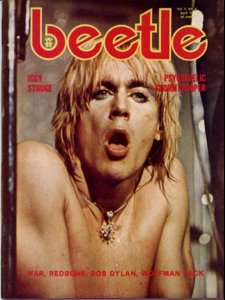 And Beetle up here in Canaduh.

mjp said:
My time may have been better spent watching the rich men throw the ball around.
Click to expand...

off topic: is the mould book good? or should I wait for paperback?

The NYT review on his memoir was eh.... about 50/50, I would say ? And learning from that review that he shits on The Replacements "for not giving back" to other bands (?)... just makes me want to wait for a used paperback copy.

hoochmonkey9 said:
should I wait for paperback?
Click to expand...

Bob would never do interviews for books about Hüsker Dü or punk rock or much of anything, because he was always "going to write his own book." Being the moody and sullen bastard that he is/was I guess I expected some insight or something, and not just a dispassionate distillation of things.

Put it this way; he babysat Johnny Thunders when Gang War was in Minneapolis for a couple of days in 1982. Now, use your imagination as to what that might have been like. Problem is, you'll have to keep using your imagination, because all he gives those two days is four paragraphs of dry leaves and sticks.

He doesn't even know what kind of pickups his Ibanez "Rocket Roll" (Flying V copy) has. He says they were p90s, and they are actually humbuckers. Stupid trivial criticism? Sure, if it wasn't written by a guitar player.

Overall it is leaving me very cold, much like Bob himself used to leave me. So maybe it is a good book. Maybe it represents him as a person very well. He's just not an introspective person. Makes for an uninspiring read though.
Last edited: Oct 12, 2015

Interesting MJP. Say what you want about Keith Richards, but in his book his love of guitar (and heroin) comes throuh so clear he not only tell you what tuning to use on certain songs but also what fingers to use.

Founding member
Richards is a maniac and an icon, and I look forward to reading his book (and Steven Tyler's book, speaking of maniac icons) when they come out in paperback.

My expectations of these kinds of books are always low, because there hasn't been one written yet that I think would stand alone as LITERATURE without the famous name attached. I made the mistake of raising my expectations for Mould, and that was a mistake. Maybe if I hadn't expected so much I wouldn't find it so disappointing.

Here's the Robert Christgau review in the NYT of Mould's memoir and another Husker Du bio.

mjp said:
My expectations of these kinds of books are always low, because there hasn't been one written yet that I think would stand alone as LITERATURE without the famous name attached.
Click to expand...

Have you read Just Kids by Patti Smith? I thought it could almost be a novel.

Founding member
I have not. It's been on my "buy" list, but I'm kind of waiting for the paperback. I'm cheap that way.

Dumber than a bag of idiots