So here's four poems (THROB #1) and an interview (THROB #2) from F.A. Nettelbeck's shortlived mimeo magazine from 1971. The magazines contain, other than Bukowski and Nettelbeck, Gerald Locklin, Douglas Blazek, and others.

According to the database these are all uncollected, but if I'm mistaken, please remove anything that falls under the Ecco copyright. I got these direct from Nettelbeck himself almost two years ago and they're in great shape... he may still have more if anyone's interested...

Also to note: two different poems, same title? Mistake on Nettelbeck's part, or just Buk repeating himself. And also: poor Rod McKuen! I don't know who he is, but... ouch.

Founding member
Wow. This is great. Many thanks!

Damn, I used to have THROB #1 and #2, ages ago, bought when they were new. I'll be checking out those scans. Thanks for posting. I remember the interview, "10 Easy Questions..." and was just thinking about it this past weekend. And now I can reread it.

Reaper Crew
Moderator
Founding member
Snip:
The conversation with F. A. Nettelbeck continues in its own thread.

What a panorama of purgatory pinned onto one single page.

I still laugh at the passive-aggressive nature of him sending me his signed books (with very nice inscriptions to me) as they came out after we got into it here. The last was a very short time before he died. I still wanna read Bug Death, although I can;t imagine that it will live up to the hype that came from him on it..

I did find and read Bug Death, shortly after Nettelbeck died, and in my opinion it's a work of genius, and a landmark. I wish I had done so while he was still alive, as there are questions about it I would like to have asked him. We corresponded by mail for about a year before he died. I brought up the subject of the battle on the forum and he did not take it all that seriously. His sending you the books with warm inscriptions may not have actually been passive aggressive, Bill. I think he just got over it quickly.

Founding member
weird, i was just rereading that thread a few days ago.

i thought he was really funny.

Reaper Crew
Moderator
Those links in the first post seem to be dead now. Here are the pictures I downloaded from ImageShack months ago (in case someone still needs them): 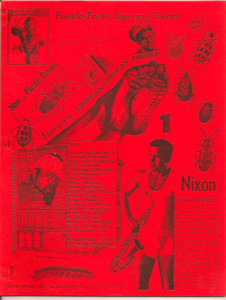 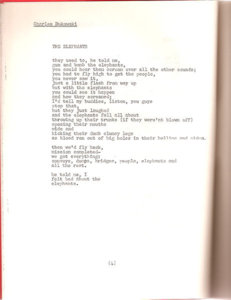 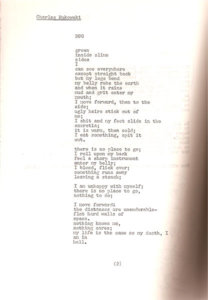 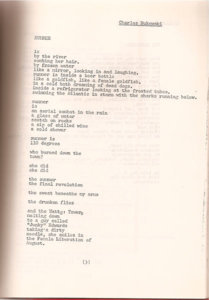 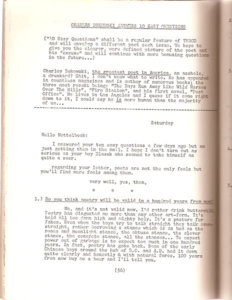 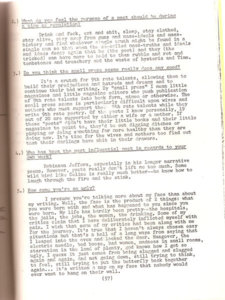 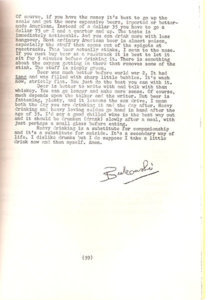 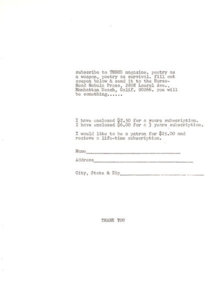 Would anyone who had downloaded them previously be so kind as to post the Summer [2], Throb 2 Cover and 10 Easy Questions Page 3 pictures?
It looks those were unavailable at the time I found this thread. 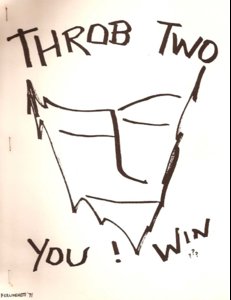 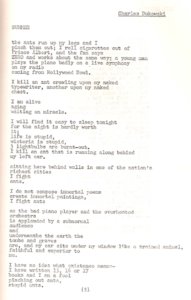 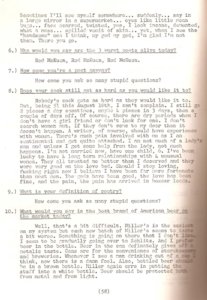 Reaper Crew
Moderator
Thank you so much for your quick response, Digney!
B

Thanks for posting the ImageShack pics, zobraks. Had not seen these before.

Reaper Crew
Moderator
You're welcome, but LickTheStar posted those first (thanks to F. A. Nettelbeck) and he deserves the credit.

I miss the online abuse of the late F.A. Nettlebeck...

hahaha, MANY thanks for directing me to the F.A. Nettelbeck thread zobraks, that was friggin' hilarious!!

And you're quite right, much deserved credit to LickTheStar for original post.

Thanks for updating the links. I'll have to check some of my other older posts and see about updating them.

Yes, the Nettlebeck thread is entertaining as hell. Strange to think that thread may be his legacy.
Last edited: Jun 11, 2014

See, now I want to read Bug Death. Are there copies available (from an "official" source or members here who would part with it?). Google didn't turn up as much as I thought.

It's pretty rare and seldom comes on the market, as a physical book. No doubt somebody somewhere has scanned it into a pdf.

Rekrab said:
Yes, the Nettlebeck thread is entertaining as hell. Strange to think that thread may be his legacy.
Click to expand...

I'm going to try to remember more the e-mails we shared before that whole thread opened up. I think that's a better idea.

Founding member
Whatever you remember about him, the fact is you write your own legacy - and ultimately epitaph - on this harsh and unforgiving Internet. Most of it will disappear eventually, which we can probably all be thankful for. But if some of the thorny bits persist, that's just the way it goes.

Bukowski spawned a lot of writers, most of them very bad writers. Many of them, like Nettlebeck, picked up on the worst parts of the Bukowski myth and thought, "Oh look, I can be a piece of shit and still be a great writer!" But they only get one part of that equation right.

Whether we look back and laugh at what an idiot he was or canonize him as a literary genius doesn't matter to Nettlebeck anymore, since he's Bug Food.