Factotum vs. Barfly/Best Actor to Play an Older Buk (1 Viewer)

Founding member
How about John Hurt as Chinaski? Though he'd have to get a good accent for Chinasky, maybe bulk up a bit...

Melissa Sue said:
The only thing i've seen Giamatti in is that ridiculous wine movie, which i refused to watch (on a 4-hour plane ride no less) after the first 20 mins, but in general i dont see him as the kind of guy who fidgits with his hemmoroids.
Click to expand...

check out AMERICAN SPLENDOR with Giamatti; there are some Chinaski elements. George C. Scott, Lee Marvin, Warren Oates, and Bogart circa TREASURE OF THE SIERRA MADRE, might be some decent choices for Chinaski: unfortunately, they're all dead.
T

The problem that all of the screen adaptations that Bukowski's works face is the lack of arc. If you take apart each of the novels (Factotum is perhaps the best example of this) they all have a 'slice of life' point of view. That is to say they have no build and climax like traditional novels and movies. This is the genious that sets him apart from all others. The Idea that you could pick up a novel of his and read it from any point and it will make sense. Movies, at least in a commercial sense, cannot read this way. There is no arc- his technique works well on the written page, but not so much on the big screen. Has anyone else found the novel 'Hollywood' more intrigueing than 'Barfly'? Wasn't the story behind the movie more interesting than the movie itself?

I am just bracing for the adaptation of 'Post Office'.... should be a doozy.

The Mayor said:
Has anyone else found the novel 'Hollywood' more intrigueing than 'Barfly'? Wasn't the story behind the movie more interesting than the movie itself?
Click to expand...

Yes. I think Hollywood is his funniest book, very underrated. Look around, not one thread here about it. ;)
T

The thing that makes 'Hollywood' so great is the thinly veiled celebs of that day... Sean Penn as Tom Pell, Timothy Leary as Jim Serry, and my favorite, Tom Jones as Tab Jones. Remember that line 'Tom was married to the famed pop singer Ramona- Madonna!

There are many other references in this book and what's facinating is that it all actually happened. A very underrated book indeed. Why isn't there more mention of it here?

mjp said:
That's easy; Harry Dean Stanton. He's an older guy, but no young actors have the look or the experience (or the talent to fake the experience), and that's been the main problem with people playing him so far. They did try an older guy, a smug, self satisfied Ben Gazzara, and the results were awful.

You might have to kill Sean Penn to get to Stanton with a Bukowski-esque role though.
Click to expand...

I agree. First one I thought of. Harry looks like he's been through it, he doesn't take shit from the studios or the old boys club, and he's read Bukowski. Sean Penn would never make it without sun glasses and hair spray.

Reaper Crew
Moderator
Founding member
Father Luke posted a link to a review of a Bukowski inspired play over in the Will Bukowski ever be properly translated to film? thread that reminded me that I had wanted to suggest another actor to play Bukowski.

I noticed F. Murray Abraham's big nose in 'Children of the Revolution' where he plays Josef Stalin and thought he might be a good Bukowski. Weird that he apparently tried to approach the director of this play - maybe he's a fan?


Father Luke said:
[...]
There was a made for Broadway play,
maybe it's been discussed in another thread,
I wish I could have seen that.
[...]
Bukowski From Beyond
Click to expand...

Oh Hell yeah.
With a bit of make up and the right mannerisms this guy could pull it off for sure. Great actor.

The only way to properly sell and market a Bukowski movie is...you have to serve drinks. Full bar and a strict no chatter policy and lots of hot babes. Maybe some gambling. What do I know but you think about it he drank when he wrote it- did he not?

Agree with you about "Factotum." Completely misses the HUMOR---there is a sense of rhythm, timing to Bukowski's humor and jokes and it wouldn't take a terribly gifted director to at least get some of this through on film.

Here is the perfect actor to play Buk

Loved Rip as Artie in The Larry Sanders Show

I would not have recognized him from that photo.

He's not the first actor to have problems with alcohol And he really looks like a dumb ass :D

I would rather suggest him:

Rip Torn could work. I would like to use two actors (in my imaginary screenplay). Someone like Rip Torn at the end of his life, with flashbacks to a younger Buk. 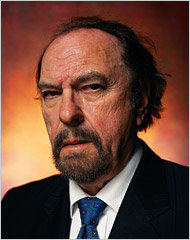 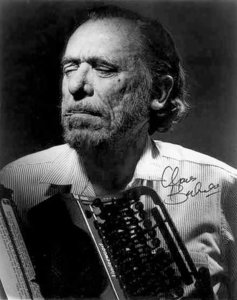 As far as being an alcoholic I'd suggest Nick Nolte, could that ever work? I don't know... but Rip Torn, with that photo, and that article? Perfect haha. Am I wrong to think he looks very sexy in that picture? (Mr. G's thinking about growing a beard :D).

Any film collaboration with Rip Torn should be approached with great caution. Ask Norman Mailer, who had Torn appear in his film "Maidstone" and as I recall Torn had the clever idea of hitting Mailer on the head with a hammer and then biting off part of Mailer's ear.

Kudos to Rip for thinking of it first. Method acting forever!

number6horse said:
Someone like Rip Torn at the end of his life, with flashbacks to a younger Buk.
Click to expand...


Lolita Ginsoski said:
As far as being an alcoholic I'd suggest Nick Nolte, could that ever work? I don't know... but Rip Torn, with that photo, and that article? Perfect haha. Am I wrong to think he looks very sexy in that picture?
Click to expand...

I would have liked to add a name in the other thread but as it has been closed, I'm upping this one.

Birol Unel. Each time I saw him in a movie, I instinctively thought to Bukowski.

Ambreen said:
He's not the first actor to have problems with alcohol And he really looks like a dumb ass :D

I would rather suggest him:

I guess it takes a dumb ass to suggest a dumb ass...

Founding member
Adjust yourselves, Eurotrash! Bukowski could only be played by an American. Take your poxy little continental girl-men suggestions and tuck them back into their feather beds. It must be time for a nap wherever you're from. Isn't it always time for a nap?

mjp said:
Bukowski could only be played by an American
Click to expand...

Well, fuck it. I'll call bullshit on this. My favorite Buk adaptation of his work is Crazy Love which is a Belgian production. The last two acting performances I was totally captivated by were by Daniel Day-Lewis in Gangs of New York and There Will be Blood and this from a Limey playing American parts. One of my favorite parts in the Sounes' bio is when Bukowski takes to the balcony and yells "Thomas, you marvellous motherfucker, a long life to you!" he yelled. "A Long Life To Germany!" Buk was born in Germany and I personally have no problem with some "Eurotrash" actor playing Buk. As long as it takes a captivating presence playing him I'd care less where he's from. Buk's heart may have belonged to LA but his spirit belonged to Germany.

Founding member
You may have missed the spirit of my post.

Crazy Love is far and away the best Bukowski-on-film, but after watching Barfly widescreen on a sizable TV recently, it has clawed its way up to a close second.

To throw more meat into this pie, simply being born in Germany or Prague or Antarctica doesn't make someone German, Czech or Antarctican, in my always correct and never humble opinion. Especially if you leave as an infant or very small child and have no memory of your birthplace. You're barely human when you're two years old, so I don't think much in the way of culture or nationalism can seep into your soft little head. "Oh, how I yearn for the Schnitzel I smelled when I was 18 months old!" Eh, no.

Technically we have laws and rules so everyone gets shoved into the appropriate box when they are born. But if you want to get technical, Bukowski was 100% American according to governmental paper pushers and the law. If his parents had cared to force the issue he could have had dual citizenship, but obviously they didn't want that for him. Why? Well, again, because America is so glaringly superior to all those hillbilly backwaters around the world.

I thought we'd established that a long time ago? I don't know why I have to keep reminding everyone.

About that Superior thing.....
http://bignews.biz/primages/19/Gulf_Oil_Disaster_1.jpg

See? We even do environmental disasters better than everyone else.

Well, except for maybe that Chernobyl thing.

Chernobyl was a lie told to us by the US Govt. It never happened, They just wanted to keep the beautiful white-sand beac hes to themselves. It was all made up by the same people who wrote the "fake" 1961 Hawaiian birth announcements for an infant Obama.

But maybe I'm on acid.

A British company covered that bird in oil. Not an American one.

American companies would never hurt anyone. Get real!
S

My skills as a medium do seem to lessen when I'm full of spirits - go figure.

I believe that Klaus Kinski would have been a good Bukowski too.


mjp said:
Adjust yourselves, Eurotrash! Bukowski could only be played by an American. Take your poxy little continental girl-men suggestions and tuck them back into their feather beds. It must be time for a nap wherever you're from. Isn't it always time for a nap?
Fucking commoners.
Click to expand...

As you're whining for some more European actors' names, here's another one: Patrick Dewaere.
(the angry excited blue collar, not the hideous bourgeois dumb ass)

He was said to be the most talented actor of his generation. Unfortunately killed himself in 1982, at a time when all the film directors wanted him.
Last edited by a moderator: Dec 2, 2013

Saw Nicholson on the NY v Boston on Thursday. When he GOT OUT OF THE WAY so the Boston player WOULD GET HURT I was not swayed at all - he should still play Buk.

Ambreen said:
Klaus Kinski would have been a good Bukowski too.
Click to expand...

Reaper Crew
Moderator
Founding member
directed by Werner Herzog. what a train wreck that would be. but an interesting train wreck.

Factotum vs Barfly: Which do you think is better?

Barfly and Barbet coming to Ebertfest