Reaper Crew
Moderator
Founding member
No. 1 in an occasional series....

EX-LIBRARY. Just acceptable condition. Book is suffering several faults of consequence, but they are cosmetic. SEE THE PHOTOS. 239 pages with contents tightly bound. Book is not attractive. (1.2)
Click to expand... 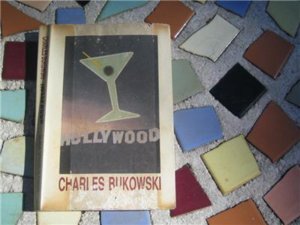 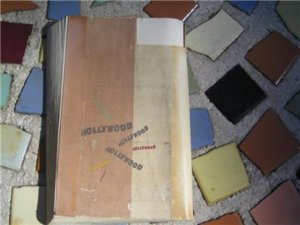 Book is suffering several faults of consequence, but they are cosmetic.
Click to expand...

Of course they're cosmetic. They always are, but of course he tries to downplay it as if only readability was an issue.
I'll be surprised if anybody wants to buy it for the starting bid of $7, plus shipping and handling. For that price one should be able to find a much better copy.
Last edited by a moderator: Dec 2, 2013
S

Too bad it's not signed so we could authenticate it for yep5. :D


This doesn't belong in a dustbin, but a heavily water-damaged book without the acetate jacket just sold for $255. A pristine copy of this book wouldn't ordinarily command that kind of money.

BOOK HAS WEAR, SOME OLD MOISTURE DAMAGE TO THE BOTTOM OF THE BOOK BUT NO RIPS OR TEARS OR MISSING PAGES. YOU CAN TELL IT HAD MOISTURE IN THE PAST BUT AGAIN ALL COMPLETE.
Click to expand...

How does a signed copy of a Buk book even get water damaged? If you knew who he was and gave a damn that it was signed, would you carry it around in the rain to read? Odd.

Amazing such a damaged book could sell for so much money. Ebay never ceases to amaze me.

That's me being utterly speechless.

I was gonna bid on that book, but when it hit about $50, I realized that it was not worth that much. $255 is painfully overpriced.

From the photo and description, it seems to be heavily damaged.

Yeah, that made me want to find out who the buyer was and have him make me some offers on my less important Buk pieces.

Why don't people check abebooks before they bid?? They can get a PRISTINE signed copy for LESS for christ sake!

Many eBay book buyers don't seem to know that ABE exists, nor that Amazon sells used books. They have no frame of reference on prices. Whatever it goes for on eBay must be what it's worth, they think. I saw a very heavily water damaged rare book (mildew stained pages, covers wrinkled and discolored by water, warped) sell for $600 on eBay. I got a Very Good copy on Amazon for $30.

On a slightly different note, I've seen this come up a couple times and labeled as an 'association copy'. While being signed by Linda King is cool, it would really be an association copy if it were signed by Bukowski to Linda, or one of the characters in Post Office. Or was definitely owned by Bukowski. I suppose one could make the argument on this one, but it's a stretch to me.

Ha! It's from a letter I got from Crumb, so given yours I'm sure you appreciate it.

Did Crumb call you an asshole?

Yep, he sure did! One of my proudest moments.

Did you deserve it, or was he just being cranky?
S

Someone bid on the book. I hope for the buyer's sake it's packaged securely. Sorry, back to Crumb.

In short, Crumb sort of did me a favor a bunch of years ago for which I took longer than I should have to thank him properly. In the end I made good and we're square. Got a note from him the other day that started 'Greetings to you sir', which I take as a good sign, though would be a less interesting avatar.

Now, onto this WONDERFUL copy of Hollywood I keep hearing about..... soiled is just another word for loved, right?

My default position is to always assume I am in the wrong. It works out to be true in most cases.


(Obviously, I want to watch the tapes :cool:)

Founding member
Those could be treasures or they could be third generation dubs of things that have been seen a million times. Only costs three grand to find out. ;)

I hate auctions like that. They eat at you. What if? What if? But that guy has priced himself out of any sales, so it's kind of a moot point.

Yes, this is a common ebay selling technique. They claim ignorance which leaves prospective buyers wondering if these are valuable or just garbage. The only way that they will sell these is to someone willing to take the gamble. You see this technique used all the time by forgers and those selling BOMC editions, but want true first edition prices. They take pics that do not show you anything identifying and then say "I have no idea about this. I am not a book seller. Sold as-is, with no returns." That is meant to shield them once the buyer finds out that the $500 book is worth $2.

Maybe someone should offer to convert these to American at no charge and that if they are originals, then they will buy them.

Of course, at $3000, they could do it themselves. If they are original tape recordings of readings, they would have a great time selling them. If not, they are not worth the postage to buy them.

Something tells me that they have an idea what is on them.

Reaper Crew
Moderator
Founding member
I think I know what you mean Bill - owning a tape of a reading (for example) and getting a deal to distribute it commercially are two very different things.

My mistake - some of these tapes are Beta.

I'm not an expert, but to me, this signature looks like a fraud. Roni, you crazy. Seller hasn't seen the tapes BUT I'm sure he's got excellent provenance on the signed Kerouac, Crumb, Bukowski, and Miller BETA tapes. We all know Kerouac loved to sign stuff.

I agree, this appears to me to be a hoax, and I'll throw in my two cents as to why.

Dude says, "several of which are originals, all of literary history in nature", and goes on to describe the Miller and Crumb parties. But, he hasn't seen them, right? So either a) he bought them and took the other seller's word, in which case he should more clearly state that or b) he's full of shit and there's one or two cool things, and the rest are just to beef it all up.

To be truthful, he should either be saying:
"here's some tapes with awesome potential" and then start it low or
"here's some amazing shit, and I stand by it" and then fine to go higher (though 3K seems impossibly high)

I'm with Bill, however, in being frustrated at the total and complete douchebaggery of so many booksellers on eBay.

- shops that can't sell books in store, so sell on eBay, BUT only looking for bookshop prices
- the aforementioned BCE scam where they don't show pics of where the price are, where the bce slug would be
- sellers who advertise 'RARE FIRST EDITION' then in the listing bury the fact that it's the rare SIXTEENTH printing of the first edition
- call a book NF but missing jacket, or has water stains, or underlining. When something is NF, not counting certain defects then it's not NF, because those defects count.

my favorite is, "in excellent near-fine condition. used to belong to a library and has usual markings."

Ebay bargain of the day... (or not, if you are living in the real world)

It Catches and Confessions bargains on German eBay

Post Office HB 1st on ebay (not so nice)