Any of y'all into photography?

Founding member
i was there in 78 but was only 14 so the wildest thing i did was manage to get a tour of the Marvel Comics headquarters.

which for a 14 year old comic freak was pretty wild.

Founding member
It was dangerous in the 70s and early 80s, but it was pretty easy to avoid a lot of that danger. It was the random, unexpected danger and crime that'd get you. Problem was, that random, unexpected crime wasn't really restricted to the so-called "dangerous" areas of the city. It was always best to travel in a group, or better yet, a gang. Ha. Or with your band, if you looked like a gang.

I have to say though, as shitty and sometimes difficult as it was, I preferred the city back then to what it is today, which is more or less a city for tourists and the rich. Of course I didn't have to live there, the way some on this forum did.

The same thing could be said for a lot of big cities at the time. Los Angeles was certainly dangerous in the 80s, and they wouldn't just rob you here, they'd kill you for nothing. Same with parts of Chicago, Philadelphia, DC - it was an interesting time for American cities, after their heydays, but before they were re-civilized.

Founding member
hey did you see this? i just noticed it at the bottom of the page

Founding member
Yeah, I've seen those. Old pictures of Stooges gigs are great, all the kids sitting on the floor trying to ignore Iggy. He's laying on them, and still they look toward the stage. Awesome.

Audiences didn't really know what to do with him. The singer wasn't supposed to come into the audience and harass or molest you. I was born and raised on Long Island, about a 45 minute train ride to Times Square. We went to "The City"
all the time, and I started going in on my own at about 12 or so. What I remember most were the 3 card monty
games, and the graffiti, both of which are pretty much gone.
I had my first bar drink, bought my first records and some other less-savory stuff in the early 80's in Manhattan.
NYC, much like Los Angeles, is about places that no longer exist. Mostly replaced by branch banks, chain drug
stores and fast-food joints. I guess that's not good or bad, just "progress."
I do miss Midnight Records, though.

d gray said:
i was there in 78 but was only 14 so the wildest thing i did was manage to get a tour of the Marvel Comics headquarters.

which for a 14 year old comic freak was pretty wild.
Click to expand...

I first went to some museums & Central Park with my Godmother/Aunt when I was young. That must have been around 83? I will never forget the subway rides, all the graffiti inside with the lights blinking on and off and the strange people sleeping or passed our or staring or I don't know what. And the door in between the cars & its window wouldn't shut properly. My Aunt had a cop take me & my younger brother for a wiz in the Grand Central bathroom too. That would explain my current state of mind! o_0o:abge:.

I remember losing $20 on three card monty at age 8 and wanting to kill the guy. I also remember being propositioned by an old asian guy in the bathroom at the Americana. And playing video games in a game room right on Times Square -- that's how low the rent must have been. When you see that kid in Fame living in an apartment above Times Square, it's totally believable from back then. I also remember the great garbage strike (1981) digital Casio watches and Checker cabs. There are still a few great dive bars about in Manhattan.
Last edited: Jun 2, 2016

Photos/album covers. I guess this is as good a place as any to post this.

Founding member
Sorry, I changed the link. That embed was all screwy.

Mildly interesting project, but I think the video shows all I need to see. I suppose if you live in London it's more interesting.

I love album cover art, two favourites (and there are many) The Doors Strange Days from a courtyard place on 36th Street. And these out-takes too :)

d gray said:
put another freak on the barbie...

I've had this one on my phone for a while. I wonder if it's the same cat. Photos of a dirty old man.

The Wild West in 48 pics. http://all-that-is-interesting.com/...utm_medium=social&utm_campaign=fbpdwildwest#8

Founding member
god, it's like the train you take to hell.

Founding member
I rode those subways in the early 80s (as I'm sure some others here did), and it's true, they were filthy and stinky and fucked up, but I don't know if they were any more dangerous than the rest of the city above ground...

The first 100 years of photography http://www.openculture.com/2017/05/...m-the-first-hundred-years-of-photography.html Last night the family went to the open house for my eldest's high school for next year. Apparently Zoe Strauss does the art. She's wound up & awesome. It was very cool to finally meet her. Love her work. http://www.zoestrauss.com/ 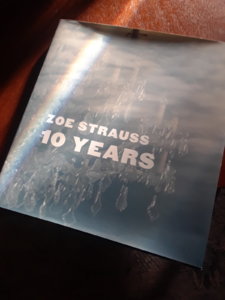 2 weeks ago there were strong winds running across the lake and this is what appeared overnight. 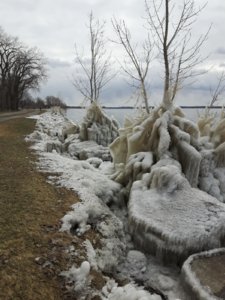 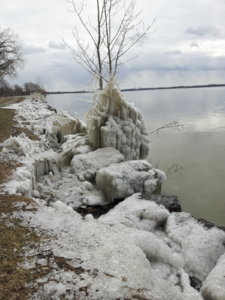 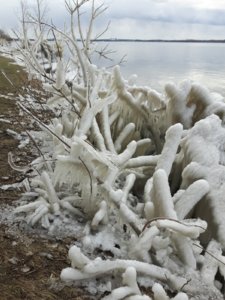 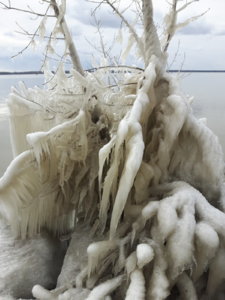 Founding member
I can feel the mold spores in my lungs...

Founding member
what a mess her estate is.

well, at least all her stuff didn't end up in a landfill somewhere.

Founding member
i guess i should issue a NSFW warning -. photos of 42nd Street before it got Disneyfied.

Founding member
With Wendy Williams from the Plasmatics!

That's the New York I'll always remember, that 1980 New York that hadn't yet been "saved."

Not that I am nostalgic for the way it was. It was a dangerous shithole for the most part. But that's how I first encountered it, so that's the way it's stuck in my memory.

I got ripped off on 3 card Monty, losing my lunch money for Burger King and the rest of the quarters I planned to spend at the arcade.