"Bukowski has affirmed the call, Walt Whitman made for a clear, articulate voice [...] Bukowski's own insistence that a poem be devoid of tricks, that it not be in line with a standardized literary tradition, is precisely the same note that Whitman struck in the preface to 'Leaves of Grass' [...] He [Bukowski] often spoke of Whitman as the one who opened the door to a freer style and to an unabashed sense of selfness in the poem."
(Neeli Cherry in: 'Whitman's Wild Children')


"The greatest poet hardly knows pettiness or triviality. If he breathes into any thing that was before thought small it dilates with grandeur and life of the universe [... ] He is not one of the chorus. [...] The art of art, the glory of expression and the sunshine of light of letters is simplicity. [...] I will not be meddlesome, I will not have in my writing any elegance or effect or originality to hang in the way between me and the rest like curtains. I will have nothing hang in the way, not the richest curtains. What I tell I tell for precisely what it is. [...] The cleanest expression is that which finds no sphere worthy of itself and makes one."
(Walt Whitman from preface to 'Leaves of Grass', 1st ed. 1855)

"O to speed where there is space enough and air enough at last!"
(WW: 'One hour of Madness and Joy)


"From this hour I ordain myself loos'd of limits and imaginary lines,
Going where I list, my own master total and absolute."
(WW: 'Song of the Open Road')


"It is not enough to have This globe or a certain time,
I will have Thousands of globes and All time. [...]
O while I live to be a ruler of live, not a slave [...]
And nothing exterior shall ever take command of me."
(WW: 'A Song of Joys')

"I have sung the body and the soul,
war and peace have I sung,
and the songs of life and death.
And the songs of birth, and shown that there are many births."
(WW: 'So long')

"The stale cadaver blocks up the passage - the burial waits no longer" - W.W.


"(I and mine do not convince by arguments, similes, rhymes,/ We convince by our presence.)" - W.W.

I'm a great big Whitman fan: Afte ryears of trying & feeling in way over my head, I finally read him & understood some of it in 2002...& it hit me just right. He's a time-traveling space man...there's ideas in his work that we still haven't grasped. He's a beast.

Founding member
Don't forget the unforgettable "barbaric yawp."
B. was kind of barbaric, too. Well, at least he was a savage for sure ;)

... in fact, it was the movie 'DEAD POETS SOCIETY' that made me aware of Whitman.
(in germany he isn't known at all :-((

Yes, the "barbaric YAWP" in that movie was a Great experience -
as was the following scene, where he (Robin Williams) gets his student (Ethan Hawke) to totally get OUT of himself and helps him find his own voice.
and it is not by chance, that it's THIS student, who is the First to step on the table to salute his teacher at the end ...

I loafe and invite my soul...
A child came to me and said "What is the grass"?
And I replied, I do not know perhpas it is the flag of my disposition
Out of hopeful green stuff woven..
The spotted hawk sweeps by and accuses me...
When I heard the learned astronomer
with his facts and figures before the blackboard
How soon unaccountably I became sick and when out and
Looked in wonder at the stars in the mystical moist night air
A patient, noiseless spider...
A woman waits for me...
The aroma of these armpits finer than any prayer...
I effuse myself in eddies...lacy jags.....

Walt Whitman was born about a mile from where I used to live in New York (Huntington). The signs, house, and all the other historical mandatories are there (yes, even a high school named after him).

While I read/studied Whitman in school "” but even more so on my own "” he just never clicked with me. I understand his value to the landscape of American poetry (and poetry in general), but dad-gum; he just doesn't start my engine.

While I prefer Whitman's beard to that of his contemporary, Henry David Thoreau's; I would much rather read Henry David any day of the week.

Civil Disobedience, now that rocked. You can thoreau in Walden, too. Leave it to a pencil maker...to make the right points.

Founding member
yeah, big whitman fan here, too. i painted my favorite line of his in a mural above the bathroom door jamb so everyone would see it on the way out. it's from "song of the open road" as well: "Henceforth, I ask not good fortune. I myself am good fortune." i chant this as i'm walking, and it seems to work.

Our dear friend uncle Walt will be 200 this year.
Does anyone know about a scholar of his' who's also into Buk-scholarship and would be able to write a little bit about the pair? 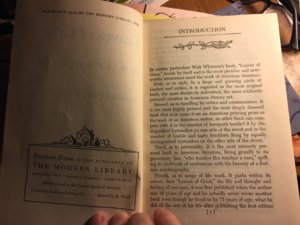 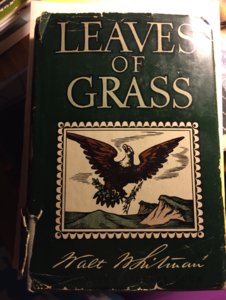 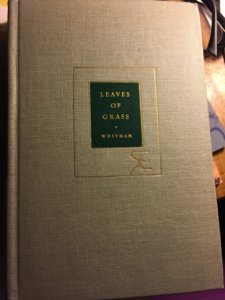 roni said:
Our dear friend uncle Walt will be 200 this year.
Does anyone know about a scholar of his' who's also into Buk-scholarship and would be able to write a little bit about the pair?
Click to expand...

**BUMP**
I am intending to have something in the yearbook of the Bukowski-Society on this subject!

a little colaboration of uncle Walt and me on occasion of his 200th birthday today, I've just posted on fb: "I do not think 200 years is the time of a poet or poem,
Nor that years will ever stop existence.

Is it wonderful that Walt Whitman should be immortal? as every one is immortal;
I know it is wonderful, but my eyesight is equally wonderful,

And that the moon spins round the earth and they balance themselves with the sun and stars is equally wonderful."

Moderator
So... It was Whitman who wrote "I scream, you scream, we all scream for ice cream."